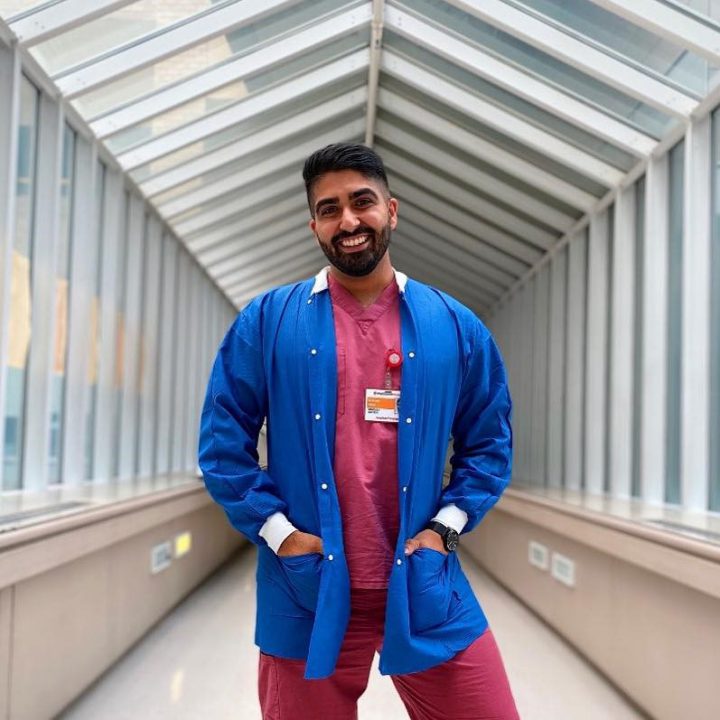 Following his high school graduation, Alikhan Fidai had his education and career all planned out. In 2014, the Midwest native enrolled at the University of Illinois at Urbana-Champaign, a top-tier public research university, to study chemical engineering. It was the fulfillment of a long-held dream, both for Fidai and for his parents. “After immigrating from Pakistan, my parents hoped to provide me with the opportunity to attend a four-year institution, despite not having the chance to do so themselves,” recalls Fidai. “The acquisition of knowledge and intellect is a key tenet of Islam, and these values were instilled in me at a young age.”

Within months, though, Fidai’s plans were falling apart. As the first in his family to attend college, he struggled to manage the academic demands of his program and how to be a successful student. His grades fell, and after three semesters, Fidai was dropped from the chemical engineering program.

He was understandably disappointed and wasn’t sure what the future held. But that apparent setback turned out to be one of the best things that ever happened to Fidai—because it set him on a path toward his true calling.

During his time at the University of Illinois, Fidai’s family had relocated to Dallas-Fort Worth. “When it came time for me to leave, I thought it would be best to be close to them,” Fidai said. After moving to North Texas, Fidai registered for classes at Tarrant County College.

“I needed a fresh start and to refocus on a major and career path that excited me,” he explained. Fidai hadn’t lost interest in the STEM fields, so he began retaking classes that he had struggled with at the university, including physics and organic chemistry. The experience was completely different. Fidai excelled in the community college environment.

“At TCC, I didn’t feel so lost in the crowd of huge lecture halls,” he says. “I had personal relationships with my professors. I began to ask and answer questions in class, and I really engaged with challenging material.”

The College’s Supplemental Instruction (SI) program was a key part of Fidai’s academic turnaround. Designed to help students succeed in tough courses, SI is led by other students who previously performed well in the subject. Fidai attended his SI leaders’ group study sessions, which include discussions of course content, test preparation and a focus on efficient, effective ways to learn.

“SI in particular helped me learn tools to break down difficult course material,” Fidai explains. “It also got me in the habit of attending my professors’ office hours and seeking additional help if I didn’t understand something.”

Fidai’s professors immediately took note of his commitment to learning and working through challenges. “Alikhan displayed a natural curiosity for biology during our lecture and lab activities,” shares Thomas Sosa, Ph.D., vice president of academic affairs at TCC Northwest and Fidai’s professor for his 2016 Biology for Science Majors lecture class. “He would often stop by my office during student support hours to get help with the course content, which turned into great discussions about current trends and technologies in biology.”

Sosa’s class proved pivotal for Fidai, who discovered his real academic interest. “[Sosa] broke things down for me and gave me a basis for understanding biology,” he says. “That excited me and opened my eyes to the possibilities of biomedical engineering as a career path.”

Daiju Hoshino, the lab instructor for that biology class, further shaped Fidai’s career goals. When the course began, Hoshino quickly noticed the depth of Fidai’s inquisitive nature. “All the questions he asked during the lab showed he had the qualities to be a scientist, because all science starts with good questions,” says Hoshino. With Hoshino’s encouragement, Fidai realized his potential for research work.

With a new goal of becoming a biomedical engineering researcher, Fidai continued to succeed in increasingly challenging coursework. He even became an SI leader for Sosa’s biology course and for the Math department. In that role, “I saw his passion for helping others on display,” notes Sosa, “and his confidence soared.”

Fidai sought out more ways to enhance his education and gain exposure to research settings. On the recommendation of his chemistry professor, Fidai applied to become a TCC representative in the National Science Foundation’s Louis Stokes Alliances for Minority Participation (NSF LSAMP) program—which allows selected students to take part in research at prominent universities and colleges.

Between Fidai’s outstanding classroom performance and his clear vision for his future, Fidai earned a spot in the program. In fact, he took part in NSF LSAMP for two consecutive summers, first assisting with biomedical engineering research at the University of Texas at Dallas (UTD) and then at Imperial College London. At the conclusion of both sessions, Fidai received high honors for the presentation of his research. “He had great summers,” Maines says.

Indeed, NSF LSAMP was among the most important opportunities of Fidai’s life. “I am extremely grateful to [Maines] for selecting and preparing me for the program that launched my scientific career,” he says.

With the foundation he received through TCC, Fidai was ready to move on to his next chapter. During the summer research program at UTD, he was assigned to the university’s Biomaterials for Osseointegration and Novel Engineering (BONE) lab, which studies biomedical implant materials and strategies for improving implant success. Fidai’s work—which resulted in two co-authored publications and an invitation to present his findings at a national conference for undergraduate research—made him confident that he’d found the right institution for completing his undergraduate education.

Fidai went on to earn his Bachelor of Science in Biomedical Engineering at UTD in spring 2020. He was then accepted to the biomedical engineering program at Cornell University, where he is now working toward his master’s degree and doctorate. Fidai’s research focuses on stem cell therapies for degenerative disc disease and tissue-engineered intervertebral discs to resolve lower back pain. Fidai’s ultimate goals are to develop new treatment strategies for musculoskeletal diseases and serve as a mentor to other first-generation college students.

Many of Fidai’s future plans can be traced back to the encouragement and guidance he received at TCC. His time at the College “reaffirmed that I am a capable and intelligent student,” Fidai says. “I received the academic and professional mentoring I was seeking.”

And those benefits are available to all who enroll at TCC.

“Many of our students have stories similar to Alikhan’s, where they are looking for a new start in their academic pursuits,” reflects Sosa. “Others are first-time-in-college students and are navigating the unfamiliar landscape of the college experience. Others may be balancing their college coursework with work, family obligations or other commitments.

“Together, our faculty and staff within Academic and Student Affairs here at TCC are so passionate about supporting all of our students and creating a welcoming environment to support their success—both inside and outside of the classroom.”