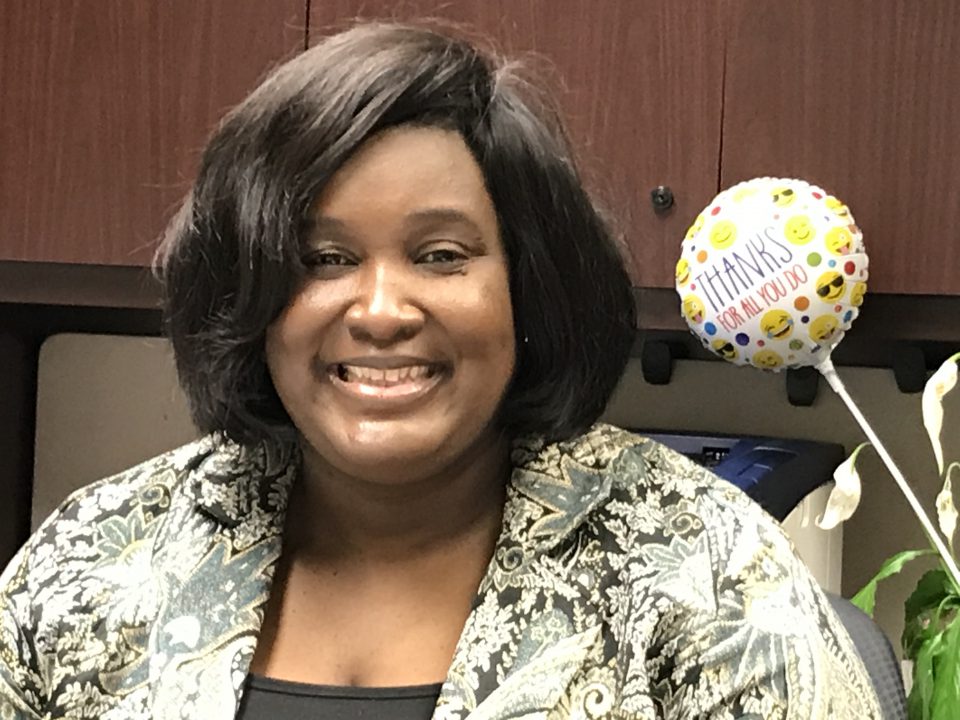 When Jan Clayton arrived at TCC Northwest on June 1, her first day as the new vice president for Student Development Services, she wasn’t expecting much — just an “onboarding” session by someone from Human Resources and a meeting with President Zarina Blankenbaker. After all, the Campus, like most everything else, was all but vacant because of the pandemic.

Imagine, then, her surprise, after turning off Marine Creek Parkway, to see her name in lights. “The electronic billboard had a greeting welcoming me to Northwest,” she said. “I was just stunned. I thought that was so amazing that I stopped and got some video to share with my husband and kids.”

On top of that, the meeting with Blankenbaker turned out to be a reception from the president and her entire staff.

All that was missing were the red carpet and paparazzi.

“I am delighted to have someone of Dr. Clayton’s caliber join my TCC Northwest leadership team,” Blankenbaker said. “She is already making a positive impact in the manner in which she is building community and collaborating across the College to advance our focus on improving the student experience”.

Her first few months at TCC was largely a case of getting-to-know-you, a task made more difficult than normal due to pandemic restrictions. As of November, she still hadn’t met face-to-face some of the people who report to her. “But the (Microsoft) Teams environment and how frequently we’re on it is just constant and ongoing,” she said. “So, in a lot of ways, we feel as if we have met one another.”

Even so, there are barriers, “definitely things you take for granted with you are together in person,” Clayton said. Case in point: the geography of TCC Northwest. Clayton and her team are involved in planning for the upcoming Campus renovations, and she sometimes is at a loss when people talk about this building or that wing and winds up saying something like, “Now, is that the building that’s next to this building that’s next to …”

Much of her efforts have concerned the layout and staffing of the Northwest Centralized Student Service Area (CSSA), which is designed to serve, during the pandemic, students who are taking workforce or technical courses on campus and others for whom access to computers and WIFI is problematic. It’s the one-stop-shop model with professionals from financial aid, registrar, business affairs, advising and testing.

Clayton is new enough to be a relatively unbiased observer and says she’s “excited and really proud of our College as a whole,” citing the repurposing of federal funds to purchase technology devices for students unable to afford them.

“I’ve worked at several institutions over the course of my career, and I am really excited at how progressive our College has been about these issues, really forward thinking,” she said with a nod to the reframing of the Eliminating Barriers Grant as a student emergency fund.

She knows that, at some point, there may be an effective and readily available vaccine, and everyone will come back to campus and it will be a “new normal,” but neither she nor anyone else knows what that will look like. But, in the end, student problems are student problems, and it’s up to Student Development Services to help them through it with empathy, expertise and flexibility.

“That’s the nature of what we do,” Clayton said. “We’re trained to understand how to be responsive. At the same time, COVID is both unreal and surreal. But, out of it, out of the challenges, it gives us the opportunity to become better and better in what we can do for our students.”