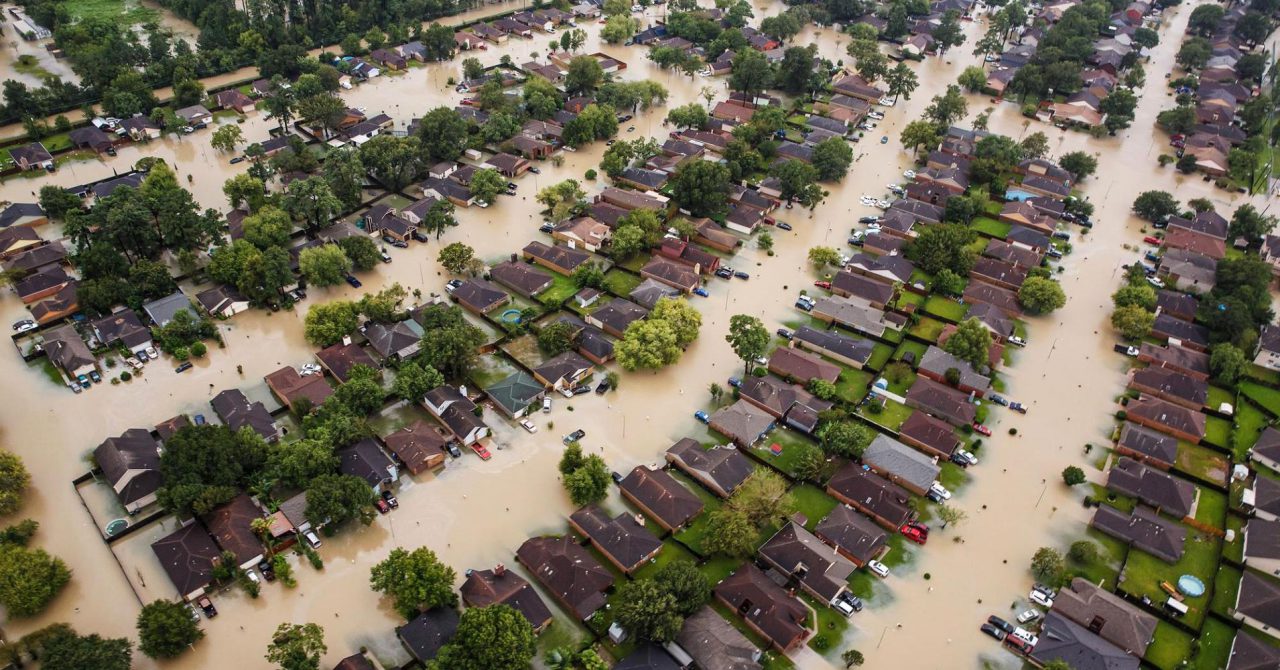 Heroes abounded as Hurricane Harvey ravaged the Texas Gulf Coast, and Northwest Campus certainly had its share. As noted in the Accolades section of Northwest Link, 15 instructors from the Fire Service Training Center deployed to the Gulf to assist with rescue efforts. Northwest Link asked some of them to share their most striking memories with the campus community:

My engine crew, consisting of myself, a driver and two firefighters, were initially sent to Webster, where we were stationed for the first two days. During this time, we assisted in rescues and aided in numerous medical emergencies. We were then relocated to Southeast Fire Department for the next three days and continued to run various emergency calls, thus giving some relief to the exhausted firefighters on duty. With the situation somewhat less dire in Webster and Southeast, we were then relocated to assist Port Arthur, where we would remain for the next nine days at various locations throughout the city.

As a result of the destruction from Harvey, several of Port Arthur’s fire stations were uninhabitable and crews were forced to double up at operable fire stations or find an alternate resource for shelter and staging. We were stationed at Port Arthur Firehouses 2, 4 and 5 for one day each, but our main location was at Firehouse 8, where we housed for six days. The actual firehouse building for Station 8 was flooded and unable to be used, so the crews were housed at the local bowling alley in that district. This was a very busy station, and my engine crew responded to approximately 25 to 30 calls a day. After three days at Firehouse 8, we were sent to one of the slower areas for a day to have the opportunity to have a small break and then returned to Firehouse 8 for another three days of constant emergency calls. At the end of our 14th day, we were released to return home. This was a memorable experience and witnessing the destruction firsthand was certainly humbling.

There were many things that we saw, witnessed and performed that created memories for a lifetime, but the one thing that stood out the most for me was the rescue that we performed while in Orange County. We were tasked with the assignment to grid-search the northeast quadrant of Orange County. We performed some neighborhood searches that were underwater and searched the Sabine River. The local fire chief of ESD #3 Little Cypress asked us if we could search the Forest Heights neighborhood off of Pea Farm Road. As we made our way to the launch site, we had to drive through many areas of high water (which is kind of funny to me, as we teach our SWR Tech students that they should “Turn Around, Don’t Drown”). We launched the boat and started to search the neighborhood. We found a horse that was on a dry patch of ground that was approximately 20 by 20 feet, and we later called in an animal rescue crew to retrieve the horse. As we continued the search, we came across a man and his wife who were in a canoe and struggling to make it to safety. We loaded them and their belongings up in the Zodiac and towed the canoe back to safety. The thing that made this particular rescue so memorable is that he was a retired Orange, Texas, firefighter of 30 years. The one thing that he had with him was his retirement axe from his years of service with the Orange Fire Department.

Harvey was my ninth hurricane deployment as a member of Texas Task Force Two. All other deployments each had their moments that touched me in different ways. With Harvey, the carnage of wind and flooding was not any different than the other hurricanes, but there were moments dealing with the victims that made me stop and realize how personal it was. For example, while performing water rescues in a neighborhood that was flooding with five feet of water and rising by the minute, we were loading families into our boat to safely evacuate their homes. This meant pets, also.

I remember seeing looks of despair on their faces when we insisted on them leaving with us immediately and climb into a boat, leaving meals on tables and their worldly possessions behind at a moment’s notice. Some wanted to turn on lights before we left and even wanted to fix a lunch while water was rising around their waists.

Others just wandered aimlessly through the house gathering personal items until we had to demand that they leave with us immediately and drop what they were doing.

Sounds cruel, but time was running out and others needed our help quickly. It was literally a mass exodus of a neighborhood in a short time. As soon as we loaded a family and took them to a safe drop off point, we had to go back to get more. I believe we made about 150 rescues in those two to three hours. More were made during the next five days in other cities.

My crew filled in for the City of Cy-Fair, a densely populated suburb of Houston. We staffed three different fire stations throughout the week and provided 911 response. This allowed their firefighters who had been working non-stop and had [experienced] damage to their homes a much-needed break to recover. We arrived days after the incident and most of the flooding had receded. The thing that I witnessed that impacted me the most was seeing the number of homes that had all of their possessions out at the curb ready to be picked by a bulldozer and disposed of because they had been underwater. Those folks had been through a lot and recovery will take some time.

My most vivid memory was being able to respond into the Ingleside and Rockport areas immediately after the storm passed. We raced down to the Corpus area in order to get in front of the storm and ride it out in a hardened shelter. The forecast had us anticipating at least 24 hours of weathering the storm there before being able to move out. As luck would have it, conditions improved enough to allow us to send recon teams into the hardest-hit areas first thing the next morning. Those towns were just able to come out and survey the damage caused by the initial storm impact, and it was significant. After spending several days there helping out, we had to drive through the rest of the tropical storm in order to relocate closer to Houston and the flooding problem.