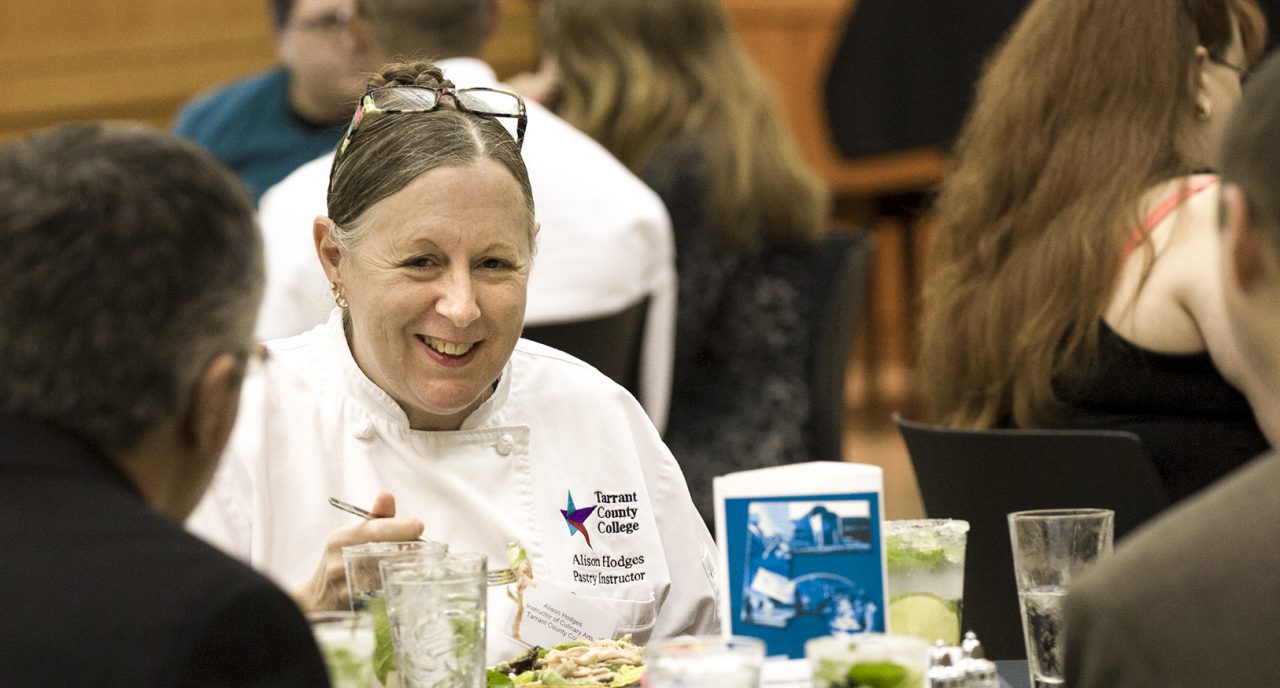 “Alison’s talent and drive have propelled her to the forefront resulting in this recognition. A fantastic role model for our students and alumni, Alison is the perfect representative for the state of Texas,” said TCC Chef Katrina Warner, coordinator and instructor for TCC’s Culinary Arts program. “Our students are seeing that hard work, perseverance and practice will help you reach your goals and dreams. They are learning from the best. We always knew it. Now, everyone is recognizing it!”

The Culinary Arts program was established at TCC in 2001 and earned its accreditation in 2013 from The Accrediting Commission of the American Culinary Federation Education Foundation. The first four students graduated in spring 2004. Since those first graduates, a total of 323 students have graduated from the program, with the largest class of 72 completing in spring 2016. Class sizes are small to enhance the learning experience of each student. Currently, 212 students are enrolled.

In addition to an Associate of Applied Science degree, TCC offers both a Level 1 and Level 2 certification, which students can receive after earning 18-29 semester credit hours and 47 credit hours, respectively.

TCC’s program is designed to prepare students to enter a career in commercial food preparation for hotels, restaurants and clubs. Students learn about food preparation and meal management acumen, food and beverage operations expertise and nutrition and diet therapy. Graduates also acquire well-developed communications skills, computer skills and attitudes that foster the ability to be a team player.

Hodges began her culinary career at the Hyatt Regency as an apprentice in the Dallas Chapter of American Culinary Federation in January 1990. In 1992, she was named the chapter’s Apprentice of the Year. That same year, Hodges earned an Associate of Applied Science (AAS) degree in Food and Hospitality Services from Dallas County Community College’s El Centro College. She has since earned her AAS in Culinary Arts and her AAS in Bakery and Pastry, also from El Centro.

After completing her apprenticeship, she remained at the Hyatt for another seven years, where she specialized in pastries. Hodges said she was drawn to pastry work because of its “artistry and craftsmanship.”

“I enjoy detail work,” she said, adding, “Also, I simply like the way sweets taste!”

Hodges took a purchasing job at a catering and vending company in 2000 because she started to develop carpel tunnel syndrome in her wrists. She soon realized she missed the art of pastry, so when she was offered an adjunct teaching position at her alma mater, El Centro College, she took it. She joined TCC’s Culinary Arts program as a member of the adjunct faculty in 2006, teaching both the Fundamentals of Baking and the Advanced Pastry classes.

In the spring 2014, she became full-time faculty at TCC Southeast and began teaching the Dual Credit Purchasing and Dining Room classes. Additionally, she has taught cake decorating as part of Community & Industry Education curriculum at TCC’s South Campus.

Hodges has been an active member of both the ACF and the Texas Chefs Association (TCA) since 1990. She has competed in numerous ACF-sanctioned competitions and won a number of medals — four gold, one silver and one bronze, as well as several medals through the TCA. Hodges joined the World Master Chefs Association in 1996 and participated on that year’s Golden Platter Banqueting Competition team as a member of its pastry team that brought home the Golden Platter from Limerick, Ireland.