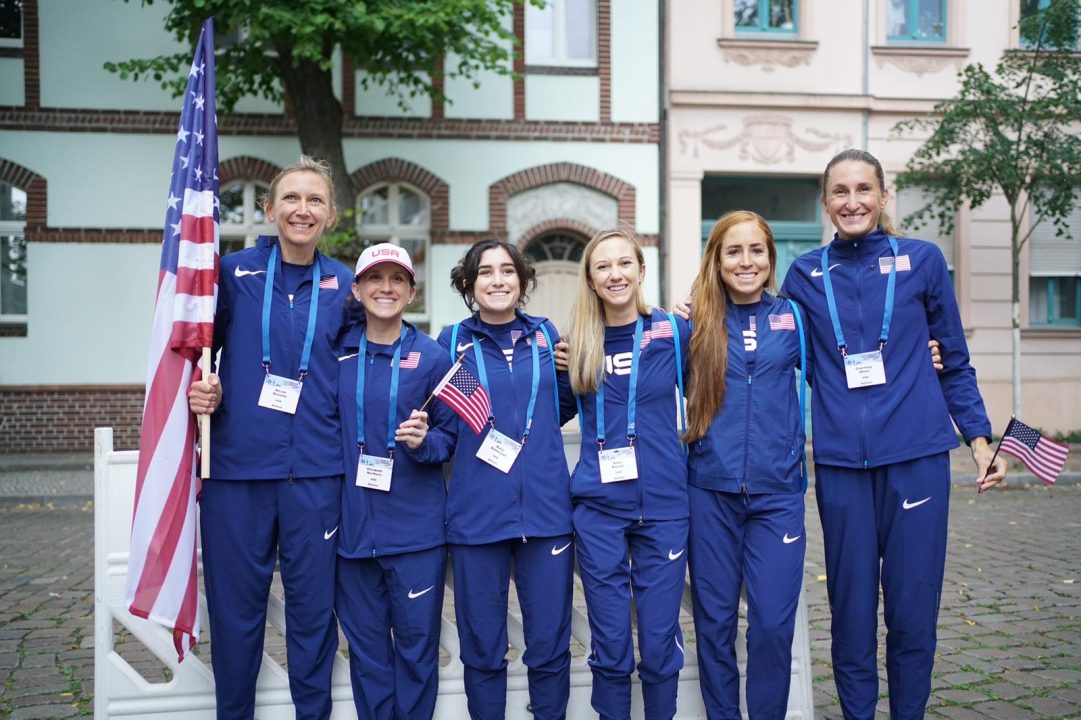 What did you do over the summer? Senior Research Analyst Elizabeth Northern was busy preparing for and competing in an international 100K in Berlin. Her hard work wasn’t in vain. The USA women’s team, comprised of six women, including Northern, took the Gold.

The course was not an easy one. “Each loop was 7.5KM, so we ran it 14 times,” said Northern. She said each loop went through the finish line so runners could see how much longer they had to run.

Training for such an event is important.  Northern says she added in three to four long runs from mid-July through mid-August.  “I ran three 30+-mile runs, one of them being 35 miles for my 35th birthday,” she said. Additionally, she raced in a marathon in San Francisco in July in which she came in as third female overall.

Northern says the key to training in the Texas summer heat is to waking early and having an accountability system. “Meeting someone along the way or at the start makes all the difference when the alarm chimes at 3:30 am!”

In 2017, Northern started a team called The Fort Worth Distance Project, a group of women with like-minded approaches to running.  They were “aiming towards similar goals and running around the same time of the day,” she said. Additionally, she runs a couple of days a week with neighbors who are mothers as well and “need to get out the door in the 4 o’clock hour to get things done before the day.”

Northern has been running since she was “wee pup.” She was all of four years old when she ran in a Komen Race for the Cure with her parents.  Her first race with the Cowtown Marathon was when she was in third grade.  She won her first Cowtown Marathon in 2013.  She considers that her breakthrough race.

In 2021, she won the 100K National Championship, which qualified her to run for the 100K in Berlin as part of the USA women’s team.

Northern says running such a race is a mind game. “Ninety-nine percent of it is mental. You spend a lot of time in your head,” she said.  “There’s going to be moments when you are tearing apart inside, and you’re tired.” The best advice she ever received was, “If you need to walk, just walk, and that moment will pass. And sure enough, it does.” She says getting your second wind is called, “riding the high.”

While Northern has no current plans to run another looped road 100K, she appreciated the chance to do so. “The privilege and honor it was to represent our country and run for Team USA is an experience I will never take for granted,” she said. “I am forever grateful for the opportunity!”