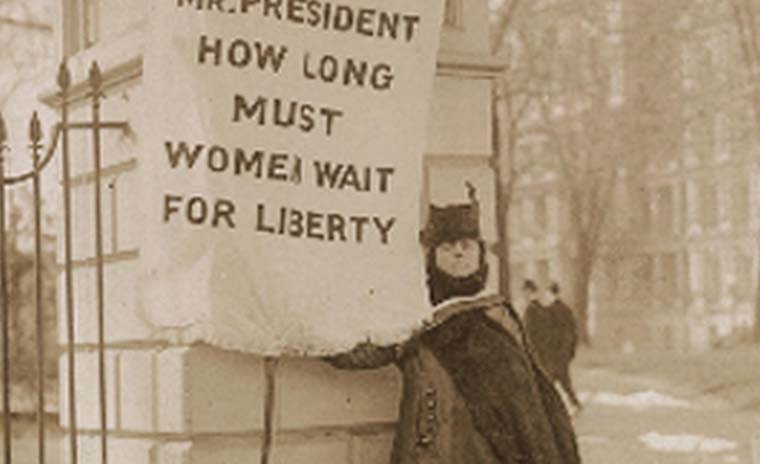 TCC Southeast’s Judith J. Carrier Library is one of 25 libraries nationwide selected to participate in Let’s Talk About It (LTAI): Women’s Suffrage, a grant designed to spark conversations about American history and culture through an examination of the women’s suffrage movement.

The competitive award comes with a $1,000 stipend to support programming costs and 10 copies of five separate books covering the women’s suffrage theme. According to the American Library Association, more than 100 libraries applied for the opportunity.

“We are looking forward to providing this opportunity to our students and community,” said Zena Jackson, vice president of academic affairs at TCC Southeast. “Civic engagement is a longstanding tradition on our campus, and this is a topic that may be relatively unknown to some. These discussions demonstrate the importance of engaging students and others in topics that shape our understanding and views.”

The right to vote has a contentious history, and voting restrictions are still a topic of debate today. This discussion series will focus on the history of women’s suffrage from the beginning of the movement to current issues, including the struggles and different experiences of women of color in securing the vote. Programming will run from March to September 2022.

Upcoming discussions will focus on other books on women’s suffrage:

Events will be added throughout the grant period. Visit the Library’s website to learn more.

As part of the grant, TCC will receive the following books:

Celebrating its 40th anniversary in 2022, Let’s Talk About It is a reading and discussion program that involves groups of people reading a series of books selected by national project scholars and discussing them in the context of an overarching theme. The format for a Let’s Talk About It program involves a 10-week series. Every two weeks, a discussion group meets with a local humanities scholar to discuss one of the five books in the theme.

LTAI: Women’s Suffrage is supported by the National Endowment for the Humanities (NEH). To explore resources from past LTAI themes, visit the project website.