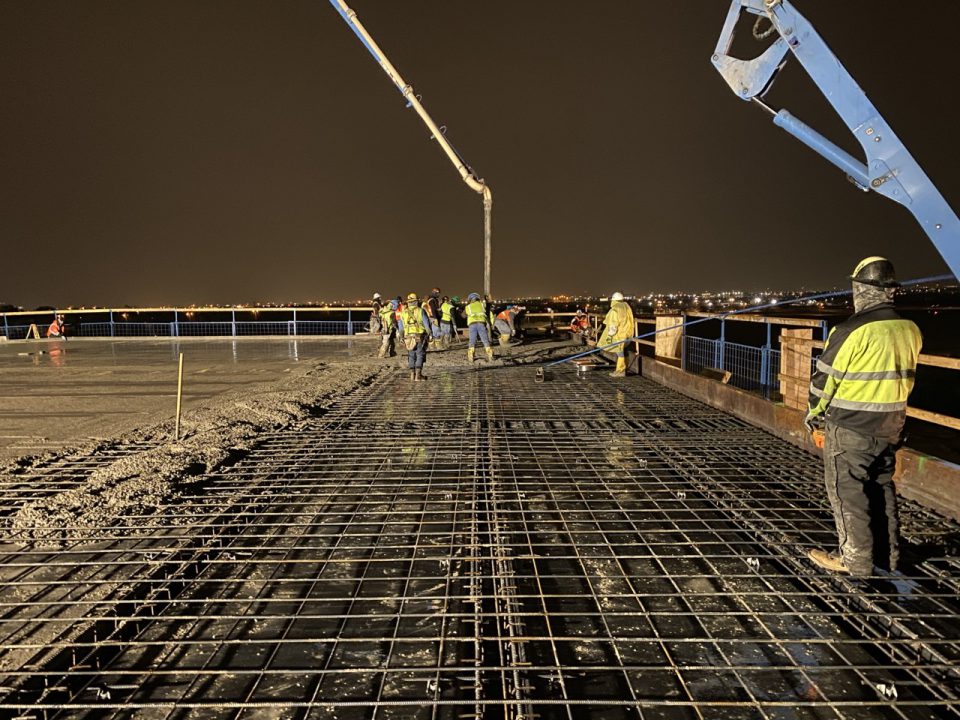 The construction crew from Skansa reached a significant milestone on Jan. 17, “topping out” Buildings 1 and 2 of the TCC Northwest redevelopment, but there was precious little fanfare.

Normally, after cement is poured to create the roof the of a new building, there would be a ceremonial placing of a tree atop the structure and a catered lunch for the crew. Not this time.

“There was no typical ceremony due to the precautions taken to reduce the spread of COVID,” said Daniel Stewart, senior program manager for Jacobs, the firm coordinating the Northwest project. “Thus, there was no ceremonial fir tree or luncheon as is typically done.”

So, the COVID Grinch not only stole the Christmas tree, but made off with the food, as well.

The cement pouring didn’t make the roof watertight, but the various openings have now been fitted with roofing material and drains.  And it didn’t make the building rainproof, said Stewart, “unless the rain happens to fall straight down.”

The framing crew, he added, has already started welding steel studs into place, giving the outline of the buildings, and the next major step will be rendering the sides “dried in,” meaning there is enough material on the outside surfaces to allow interior work in any weather.

“So, now it’s a race for the rain, right?” he said. “There’s no way we’ll get it done before the rainy season, but the more we get done, the better it is for us, and we go floor by floor.”

One aspect of the project, the infrastructure beneath parking lots, will be moved up to summer when there are fewer vehicles and work on Buildings 3 and 4 isn’t yet fully ramped up. “Trying to do the buildings and parking lots at the same time? Oh, my gosh,” Stewart said. “We’re trying to do everything we can to keep the campus running as normally as possible.”

The total project, budgeted at $352 million, is part of the $825 million bond program authorized by the voters of Tarrant County in 2019.