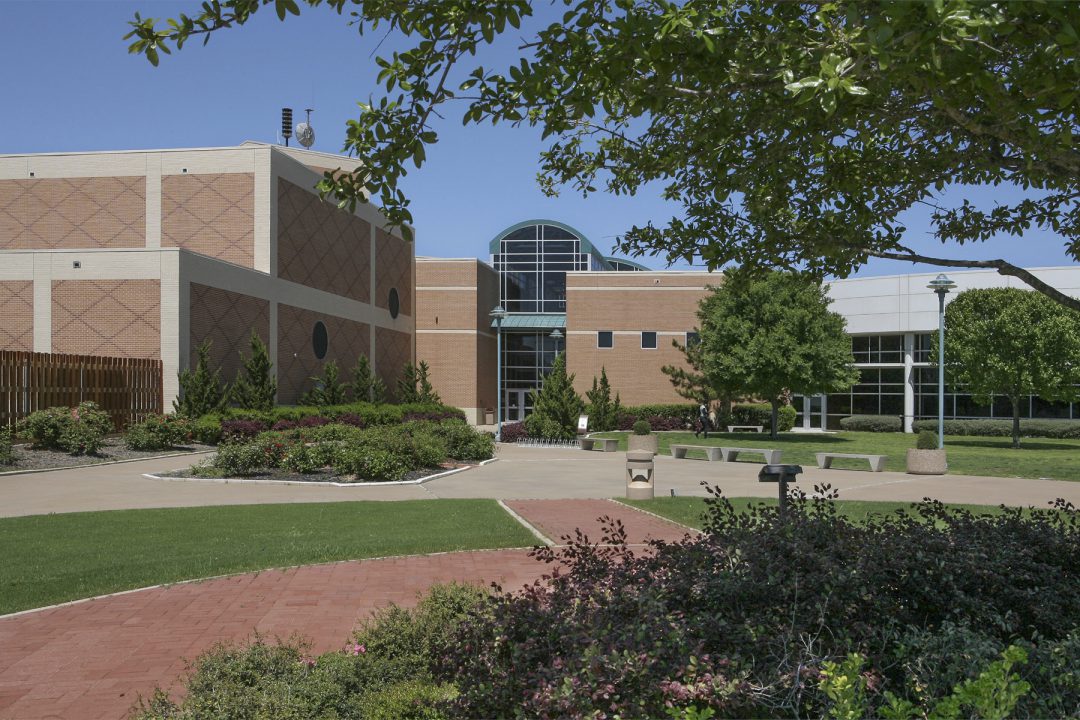 Two additional buildings and an extensive renovation to parts of the existing facility will give TCC Southeast a new look both inside and out, the Board of Trustees was told during its May 13 meeting.

Dan Eikenberry, project manager for Perkins and Will architects, emphasized that the new look and functionality are grounded the values inherent in the College’s Three Goals and Eight Principles and that the firm’s mission is to deliver a plan providing accessibility, efficiency, connectivity, integration, innovation, flexibility, transparency and invitation.

Jeff Pollock, lead designer, furnished the details, but before going into the future, he addressed the present, reviewing what he termed the three major challenges posed by the current campus:

He also noted that the modular/portable buildings are outmoded, interior corridors are narrow and don’t provide student interaction and study space, some classrooms are not set up for active learning, the learning commons (a.k.a. library) needs more space and student gathering space is minimal.

The most dramatic and visible pieces of the solution are two new buildings. The northern structure, which Pollock calls “the new front door to the campus,” is designated as an “on-boarding, student experience building.” The two-story building is to extend northward from the northeast corner of the present entrance and eastward to the walkway going into the intersection of ESED and ESEE.

To the south, a covered walkway will extend southwest, in line with ESCT. Atop part of the walkway will be two stories of classrooms and labs.

Together, Pollock said, the new buildings will “bookend” the campus and provide the needed quality outdoor space by partially enclosing the grassy area outside ESED and the rose garden area outside the library.

Square footage estimates for the new buildings are 37,457 for the north building and 60,714 for the south. Eikenberry urged trustees, however, to think in terms of how the space – both for the new building and the remodeled ESED and ESEE wings – would be used. “We will gain academic space by using existing space more efficiently,” he said. “For instance, faculty workspaces will be more of an open workspace model than the closed office model.” The total campus space will, he said, carry the campus through 2033.

The project will be done in stages. Construction of the new buildings is tentatively scheduled to begin in January 2022 with completion by August 2023. At that point, some faculty, staff and operations will move into new quarters, diminishing any disruption caused to the older complex by renovations, which are expected to be finished by August 2024.

The bottom line, according to one PowerPoint slide, was that the project will provide:

It’s all music to the ears of TCC Southeast President Bill Coppola. “The expansion will incorporate many of the outcomes of the College’s eight principles,” he said in a statement. “This includes a 21st century onboarding process and a location for both new and returning students to have services developed according to the Student Experience principle.

“In addition, our Culinary Arts program will have much needed kitchen expansion and additional space for programs such as Pastry and Mixology to meet the growing needs of the local workforce. Both I and the entire campus are looking forward to having much needed additional space.

The project, budgeted at $125 million, is part of the $825 million bond program authorized by the voters of Tarrant County in 2019.