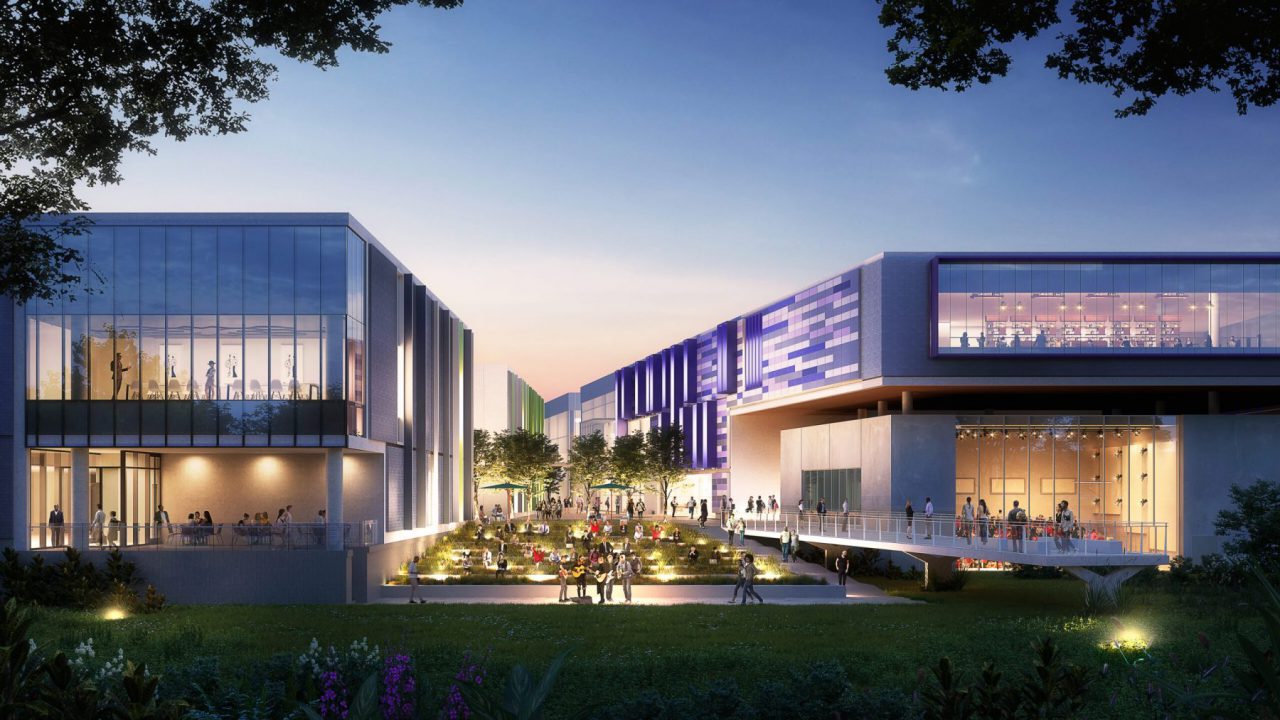 Exactly what that number will be is uncertain, but it tentatively will be finalized sometime between May and October of 2023. In preparation for that phase of TCC Northwest’s redevelopment, faculty will have to pick up and move elsewhere. That will include their books, which in many cases will number more than 100.

Chicken feed, says Alex Potemkin. As director of Library Services, he and his staff will need to deal with just under 25,000 books and audio books. And don’t leave out another 3,000 or so what he calls “odds and ends – magazines, periodicals, board games, calculators.”

Not all these materials will be moved. Before the packing-up begins, the staff will do a Material Usage Report, which in library-speak is known as “weeding.” Is this book damaged? Do we have too many copies of it? Is it outdated? Has it not been checked out since the Clinton Administration? Such materials likely will wind up in a dumpster instead of a cardboard box.

And, speaking of those boxes, there will be – as is usual with libraries and librarians – a plan as to how they will be readied for their next journey. The objective will be to make the unpacking as productive as possible.

“The easiest way to pack up a library would be in sort of a reverse order by call number,” Potemkin said, “so that when we go to unpack it, the books can come out of the boxes and right onto the shelves in order.”

It’ll be a big job for Potemkin and his staff of 14, and he hopes to round up as many student workers as possible and perhaps even send out a call for volunteers, as was the case when he helped open TCC Trinity River. “But hopefully, we won’t have to rely on the kindness of others,” he said, riffing a line from A Streetcar Named Desire.

There’s also a question of where those boxes, once packed, will go.

“What they’re saying is that they hope to have our new space open before WTLO goes down,” he said. “They want us to be able to move all of our stuff over without any in-between time.”

But that’s a best-case scenario, and Potemkin is ready with Plan B. “If the materials will be in holding a little while, “he said, “what we probably would have to do is beef up our intercampus loans.”

The library’s move is down the road, but some people have already traveled it. WADM came down this spring and the president, vice presidents, financial aid, registrar and business services have set up shop in WSTU.

The redevelopment project will soon enter a new phase (July 2021 to April 2023) that is hoped to encompass construction of buildings Nos. 1 and 2, the “re-skinning” of WHPE and WBSA to match the exteriors of the new buildings and construction of new parking lots to the northwest and southeast of the campus.

Pedestrian access to buildings will continue to be circuitous. The main campus entrance on Marine Creek Drive will end at a “T” intersection. To the left will be the south parking lot. To the right will be the road past WFSC and WATB to the north parking lot.

Pedestrians from the south lot will need to walk along the east side of WFAB to reach either WTLO or go around WTLO to reach WACB, WSTU or WCTS. Those walking from the north lot can either go left for access to WHPE or right to loop around to the space between WACB and WSTU and access to WTLO and WCTS.

Got that? Of course not, so here’s a link to the map. (link to come)

Looking forward even more, the subsequent phases (May to October 2023 and October 2023 to May 2025) should see the demolition of WFAB, WSTU and WLTO and the construction of buildings Nos. 3 and 4.

Somewhere in there, Alex Potemkin and his crew will go into high gear.