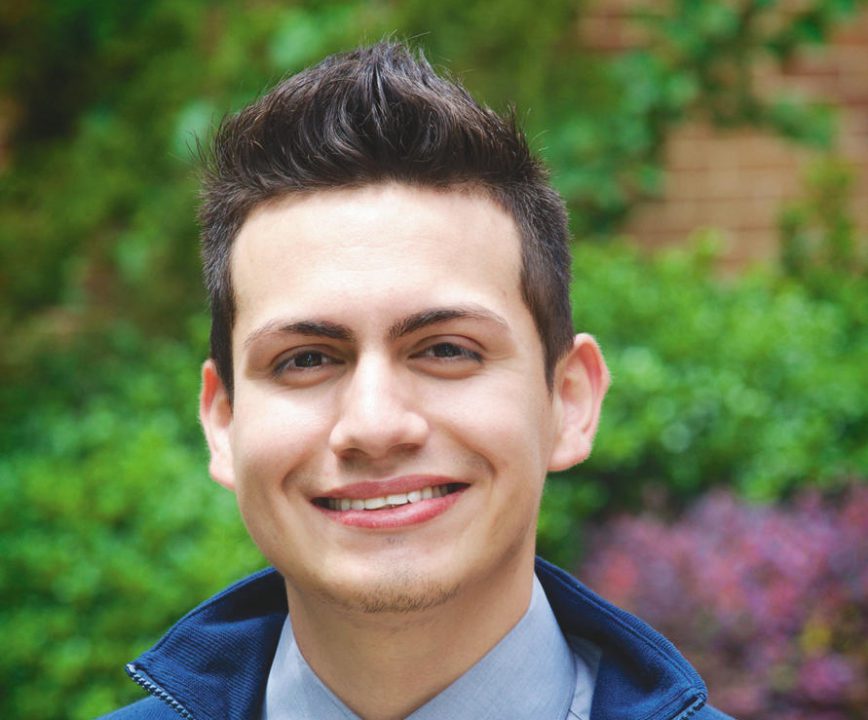 The fellowship will support Jhoalmo through a two-year master’s degree in an area of relevance to the Foreign Service.  It also will provide extensive professional development opportunities, including internships, mentors and skills training.  As part of the Rangel Program, Jhoalmo will intern with a Member of Congress on issues related to foreign affairs in summer 2021.  In summer 2022, the U.S. Department of State will send him overseas to intern in a U.S. Embassy or Consulate to get hands-on experience in U.S. foreign policy and the work of the Foreign Service.  Upon successful completion of the program, he will become a U.S. diplomat in summer 2023, embarking upon one of the most challenging and rewarding careers of service to his country.  He will help advance U.S. interests, protect American citizens and promote peace and prosperity around the world.

A Salvadoran-American immigrant and resident of Dallas, Jhoalmo attended Tarrant County College Southeast in Arlington as a first-generation college student before transferring to the University of North Texas in 2015.  While at TCC, Sibrian majored in business with a concentration in International Business. An excellent student, Sibrian’s goal was to become a Foreign Service Officer.

At UNT, he received a scholarship from the Terry Foundation and graduated Summa Cum Laude with a Bachelor of Arts specializing in Latin America, Security and Diplomacy.  He also served in various leadership positions, including Vice President of Service.  Jhoalmo’s struggles as a Latino in the United States motivated him to public service, and he maintains his commitment to others challenged by cultural, linguistic, financial, and systematic barriers.  After graduation, Jhoalmo worked as an English Teaching Assistant through the Fulbright Program in Colombia.  While in Colombia, he supported Venezuelan refugees by collaborating with community partners on social projects to provide food, healthcare, legal advice, and professional development classes.

Jhoalmo’s journey led him to the Rangel Fellowship, and he is excited about beginning his career in diplomacy.  Upon receiving the fellowship, he thanked his family, friends and mentors for their continued support.  He added, “As a Salvadoran-American immigrant, I am the embodiment of the American dream.  My mom came to the U.S. seeking refuge from a twelve-year civil war and, thanks to her grit and support, this is also her American dream.  I am honored to join a cohort that represents the strength and diversity of the United States.  As a future Foreign Service Officer, I would like to continue to address the inequities and systematic barriers in multicultural societies while implementing U.S. foreign policy.”