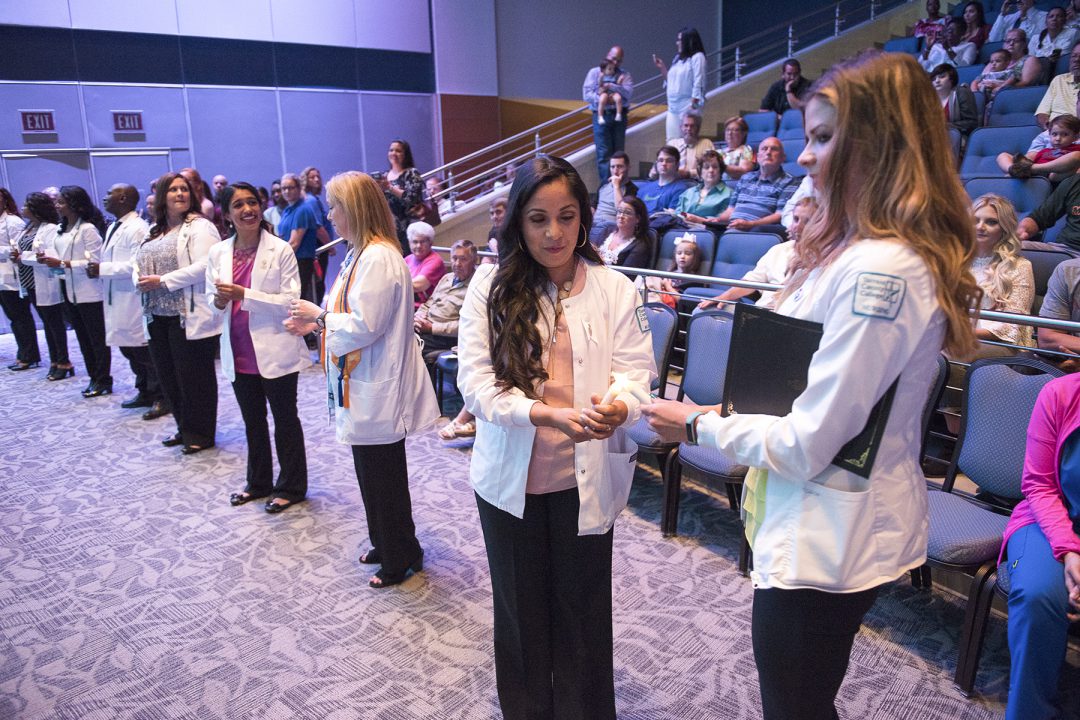 On Tuesday, May 7, 133 graduates of the Tarrant County College’s Nursing Program will receive their pins and other honors during an honorary pinning ceremony held at Mansfield ISD’s Center for the Performing Arts. The program features a candle lighting ceremony that is a rite of passage in honor of Florence Nightingale, the founder of modern nursing.

Dalton Gill (MBA, MSN, RN, CCRN), who currently works as a critical care nurse in the Intensive Care Unit at Methodist Charlton Medical Center in Dallas, is this year’s keynote speaker. Gill holds a Master of Business Administration degree and Master of Science in Nursing Administration degree from The University of Texas at Tyler. TCC’s Nursing Program began in 1967 with approximately 25 students on the South Campus of what was then called Tarrant County Junior College. The program was relocated to Trinity River Campus East in 2011.

According to the U.S. Bureau of Labor Statistics, employment of registered nurses is projected to grow 15 percent from 2016 to 2026, much faster than the average for all occupations. Growing rates of chronic conditions, demand for health care services from the baby-boomer population and an increased emphasis on preventive care are just some of the reasons for the projected growth.