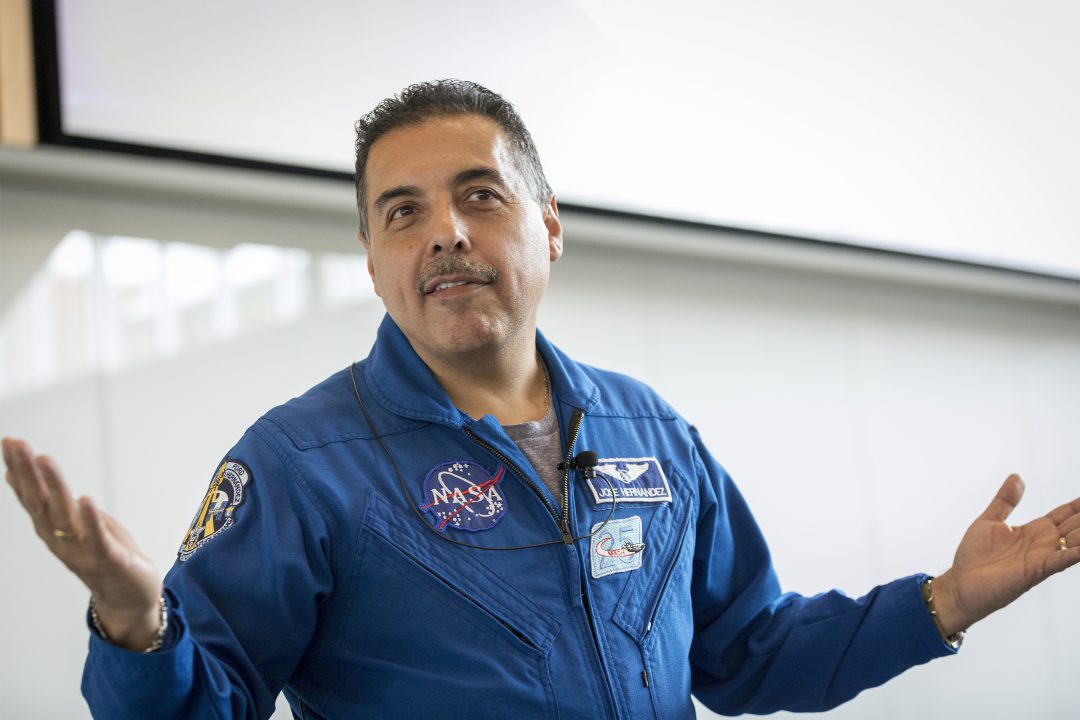 The annual SER Community Day, held at TCC South in late March, was not without its problems, but it succeeded in its objective – to inspire young people to work hard and dream big.

Buses bringing more than 1,000 middle and high school students from 34 schools throughout North Texas ran late, impacting the day’s agenda, and requiring some scheduling changes. But that was the small stuff.

“What really mattered at the end of the day was that the students were able to receive the message we were trying to convey,” said Yolanda Sifuentes, “and that was to work really hard. It doesn’t matter where you came from.”

Sifuentes, a coordinator in the Student Development and Educational Support office, was one of the three principal organizers for the program along with Assistant to the President Gabriela Borcoman and Coordinator of Community Outreach Erika Zimmermann.

SER (Service, Education, Redevelopment), a nationwide service organization headquartered in Fort Worth, conducts a Community Day annually on the day following its national conference. It brings youngsters, with an emphasis on Hispanics, to an educational setting for programs highlighting the benefits of STEM (science, technology, engineering  and mathematics) programs.

TCC was picked as this year’s site, Borcoman said, because SER wanted to put more emphasis on Tarrant County and also because of TCC Trustee Teresa Ayala’s work with the organization. Zimmermann said that TCC South was selected because of its reputation for hosting community events and its easy access off I-20.

Much of the program was pre-planned by SER, including opening session speakers Mayra Nuñez, a U.S. Army captain; Dionne Hernandez-Lugo, a NASA engineer; and Michael Smith of the National GEM Consortium in Virginia.

The keynote speaker was José Hernandez, former astronaut and a Space Shuttle veteran, who enthralled the students with his story of his upbringing as the youngest of four children of a farmer whose origins were in Mexico. The family would take three-month visits to Mexico each year until Hernandez convinced his father that these sojourns interfered with his education and that of his siblings.

He spoke about how watching a moon landing on television spurred him toward a career as an astronaut and how he had to apply to NASA 12 times before being accepted. “I’m hoping. I’m hoping you guys reflect on what you want to do in life,” he told the students as quoted in the TCC Collegian.

Breakout sessions dealt with subjects like robotics, coding and medical careers, but also included practical information on how to prepare for and pay for a college education.

Although the program began late due to traffic delays and ended early because the students had to return to their home schools, the contingent from Rosemont Middle School was able to take advantage of its proximity to TCC South and was able to stay for Hernandez’s second session. This one was attended mostly by TCC students, to Borcoman’s approval. “We understood that SER focuses on middle school and high school students,” she said, “but what about our students?”

This session, for Sifuentes, was the day’s highlight. “He was very approachable,” she said. “He’s an amazing presenter – very charismatic. I could tell that the students were really engaged.”

The day’s problems were logistical and didn’t extend to the students themselves. “With 1,000 middle and high school students, what could possibly go wrong?” laughed Zimmermann.

After the last school bus had departed, Borcoman, Zimmermann and Sifuentes let out a huge sigh of relief and pronounced the day a success!