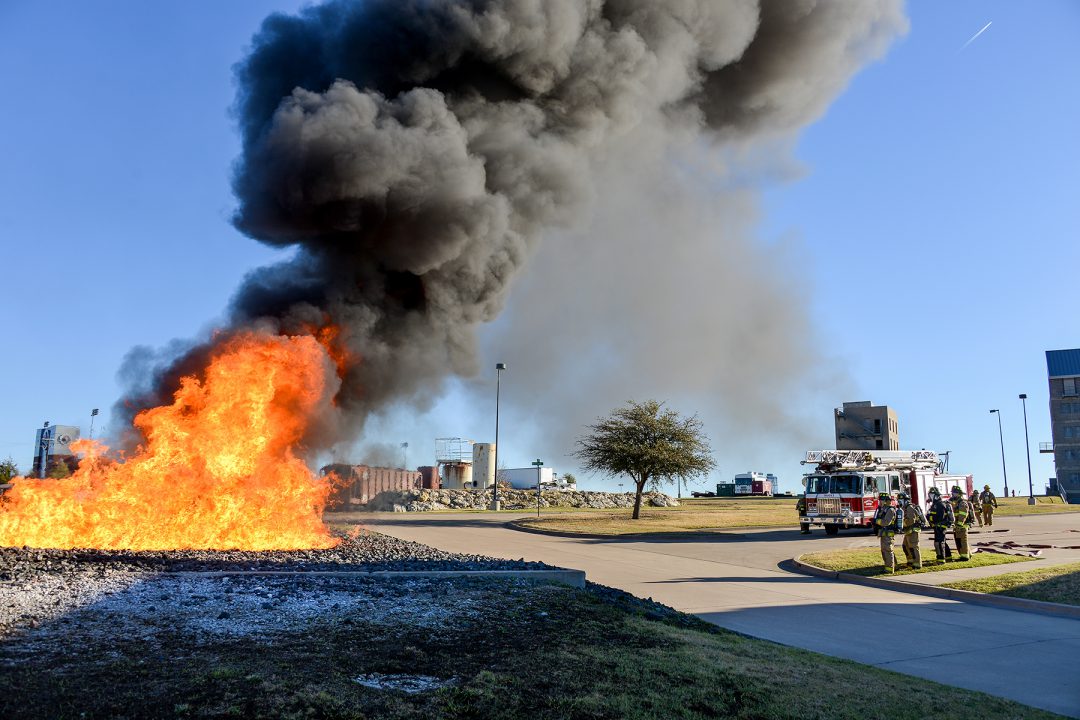 Tarrant County College Northwest is growing its Fire Service Training Center to expand opportunities for the next generation of first responders. On Friday, Jan. 11, at 11 a.m., the Fire Service Training Center will officially open the campus’s Fire Station 2. The event will include a ribbon cutting, remarks by TCC Chancellor Eugene Giovannini and TCC Northwest President Zarina Blankenbaker and opportunities to tour the new space.

With the addition of Fire Station 2, a two-bay structure, the College has adequate space to house all its fire trucks. The 50’x60’ station has dedicated areas for bunker gear and equipment cleaning. It also can be used as a covered training area during inclement weather.

“Like all of our training facilities, Fire Station 2 is a direct reflection of what students will see in their careers,” said Steve Keller, FSTC director. “We want our graduates to be equipped to quickly and accurately make decisions in emergency situations, and that comes from being abundantly prepared for what they’ll experience in their fire stations and in the field.”

The College holds three 14-week cadet classes each year, and the Fire Academy is certified with the Texas Commission on Fire Protection, which makes graduates eligible to take the state certification exam for basic firefighting. TCC consistently has a pass rate of or near 100 percent.

Across the nation, firefighting employment is expected to grow 7 percent between 2016 and 2026, about as fast as average for all occupations. Texas employs nearly 28,000 firefighters, the second most in the nation. The annual mean wage for firefighters in the Fort Worth-Arlington area is $65,630.