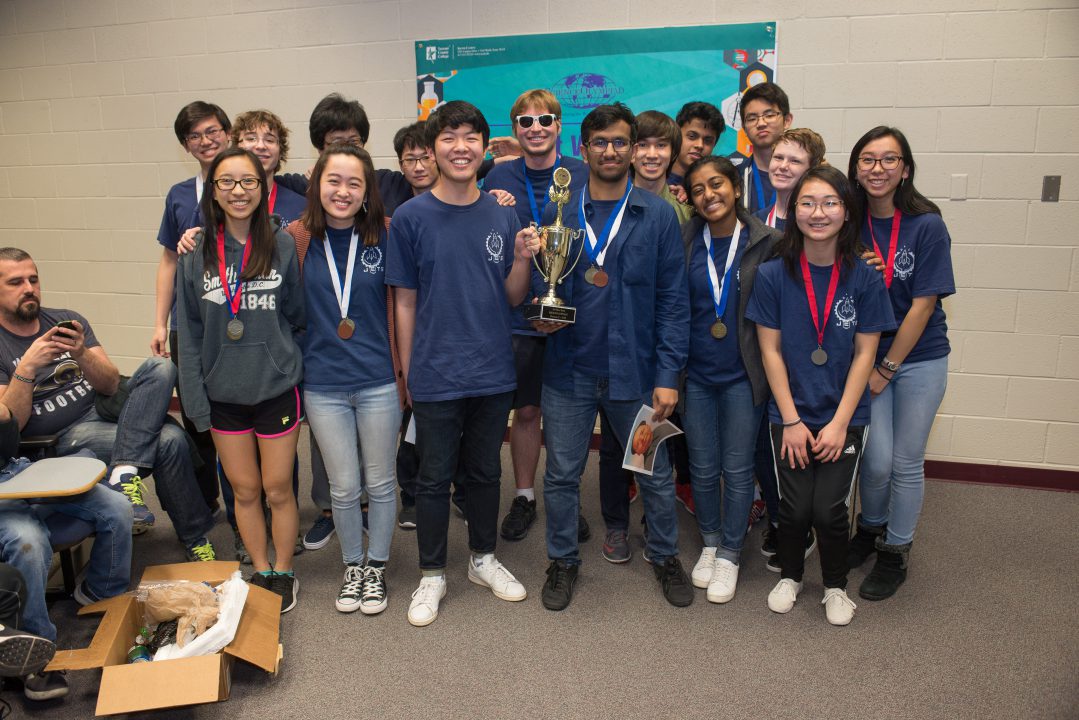 Young scientists from throughout the Fort Worth region swarmed the campus on Saturday, March 3, for the Regional Texas Science Olympiad. The campus also hosted last year’s event.

Modeled after the Olympic Games, students from middle and high schools compete singly or in teams in a wide variety of categories, according to Coordinator of Community Outreach Erika Zimmermann. The 18 categories included Anatomy and Physiology, Disease Detectives, Forensics, Helicopters and Hovercraft, Fast Facts, Herpetology and Reach for the Stars.

Competitors represented five B Division (middle schools) and six C Division (high schools). Testing was done in the Science and Energy Technology Buildings, Zimmerman said, and the event was sponsored by the Community and Industry Education, Mathematics/Science and Business/Technology Divisions.

Science Olympiad, which began the competitions in 1983, is a nonprofit organization developed to improve the quality of science education, increase student interest in science and provide recognition of outstanding achievement in science education by both students and teachers. Their ever-evolving lineup of events in all STEM disciplines exposes students to practicing scientists and career choices and energizes classroom teachers with a dynamic content experience.

The winning team in the middle school division was Central Texas Team A, followed by Harmony Fort Worth Team A and Prestonwood Christian Academy. Team A from the Texas Academy of Math and Science (TAMS) won the high school division, with TAMS’ Team B second and Frisco Independence High School third.