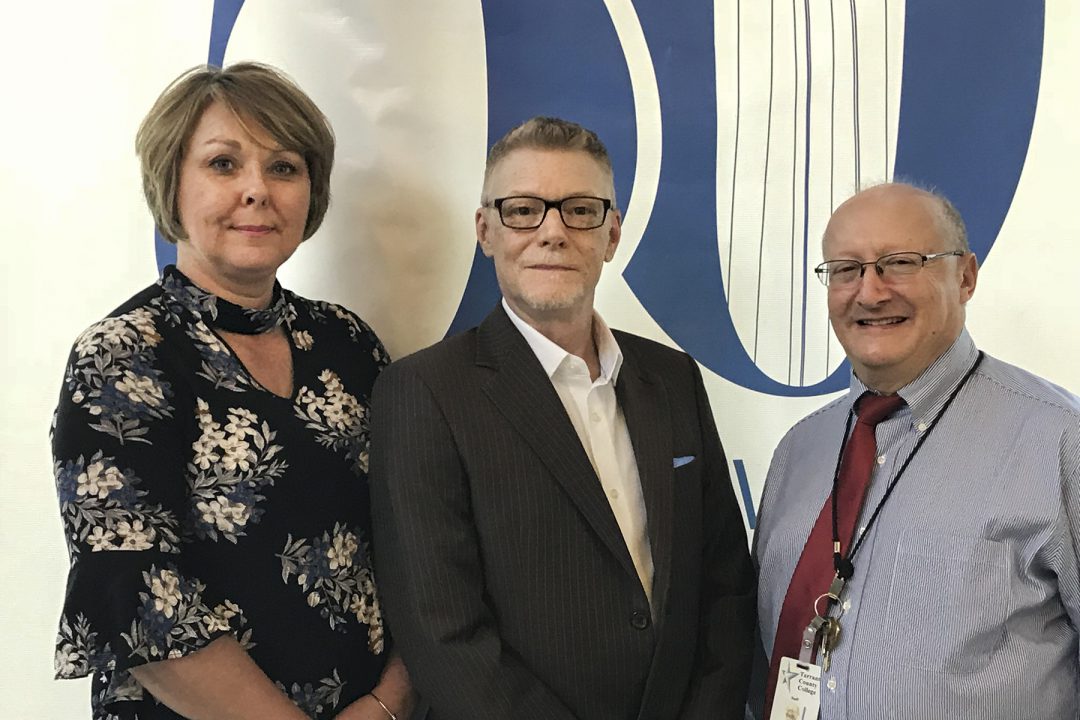 No one would ever mistake Arnie Radman for a fairy godmother. Janice Strickland? Sure.  Arnie?  Not so much. But you’ll never convince Brent Shaver that the pair didn’t bring some magic into his life.

Thanks largely to Radman, instructor in TCC South’s Architectural Technology Program, and Strickland, administrative office assistant to the dean of the Business and Technology Division, Shaver has been able to realize a long-time dream of a career in some aspect of architecture.

“I wouldn’t be standing here if it hadn’t been for Arnie,” Shaver said about his new role as a drafting instructor at Mountain View College. “And Janice had a lot to do with it as well. Arnie and I put out a few calls for help, Janice was right there and it seemed to make all the difference in the world.”

Shaver had spent many years in retail before taking the plunge and enrolling in the Architecture Program at TCC. He found the going there rough. “He was really discouraged about how he was struggling with AutoCAD (Computer Aided Drafting),” Radman said. “I suggested he might get a tutor, someone who had been one of my students years ago. After a couple of sessions he was on track and took off like a rocket.”

After completing the program, Shaver began looking for a job. Months went by without success. Then, Radman happened to mention Shaver’s plight to Strickland, who knew Shaver from her time working in the department that houses the Architecture Program. She asked Radman if she could see Shaver’s résumé. A quick look told her it needed an overhaul. Drawing on her experience of eight years in human resources, she reformatted the résumé, highlighting Shaver’s academic record and the customer service skills acquired in retail.

“I swear it wasn’t a week later that a gentleman from Dallas Community College called and asked if we had anyone we might recommend as an architecture instructor,” Strickland said. “I told him about Brent, how he was a mature student. Arnie talked to Brent about applying.”

“I can’t help but feel it’s made a difference in his life, just the way that Janice responded,” Radman said. “I mean, he’s a real success story.”

Meanwhile, Shaver is finding teaching both exciting and challenging. “So, I owe both of them a great deal,” he said. “I’m a kid in a playground right now.”