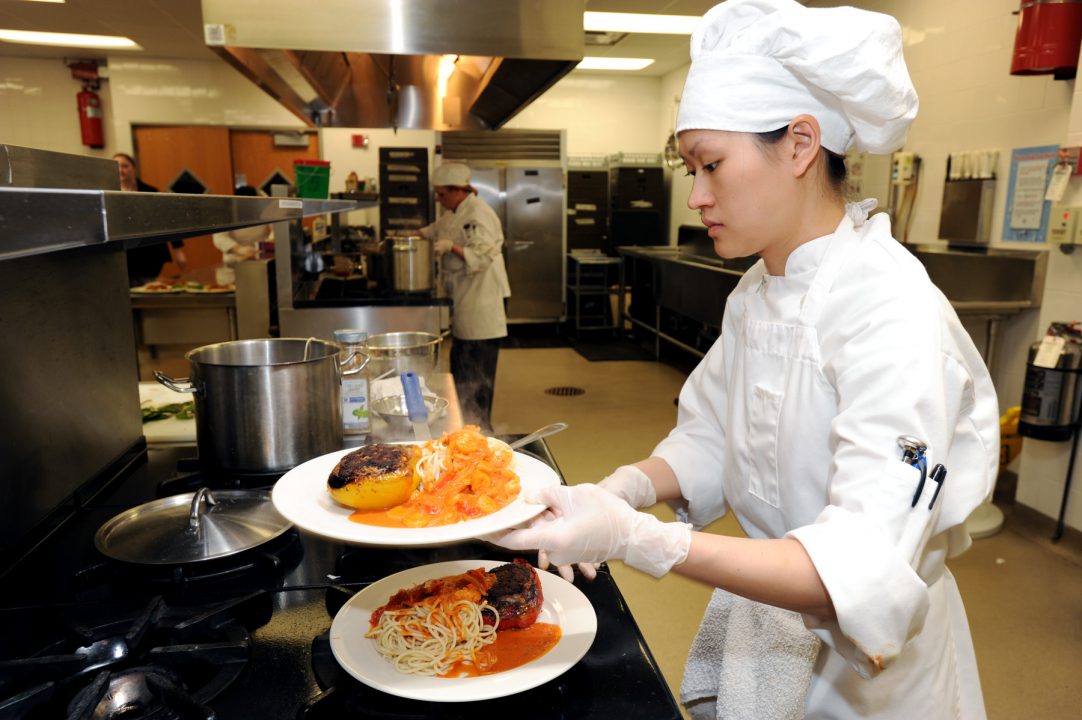 During the summer, new equipment was moved into the culinary kitchens. Students in Culinary classes at Southeast Campus will now be learning on the latest, top-notch equipment and will be comfortable moving into any kitchen to work.

In September, the host of a YouTube show called, Arlington Eats, produced by the City of Fort Worth, visited the TCC campus and interviewed students and Chef Katrina Warner of the Culinary program. The video describe the program as “one of the best in the area” and can be viewed at https://www.youtube.com/watch?v=ChlU1HcrpaA.

And lastly, after much writing, reporting and an extensive site visit, the TCC Southeast Culinary Arts Department has been reaccredited by the American Culinary Association. Certification through the American Culinary Federation assures the highest standards in a culinary education program, enabling graduates to enter the workforce ready for the competitive world of culinary arts.