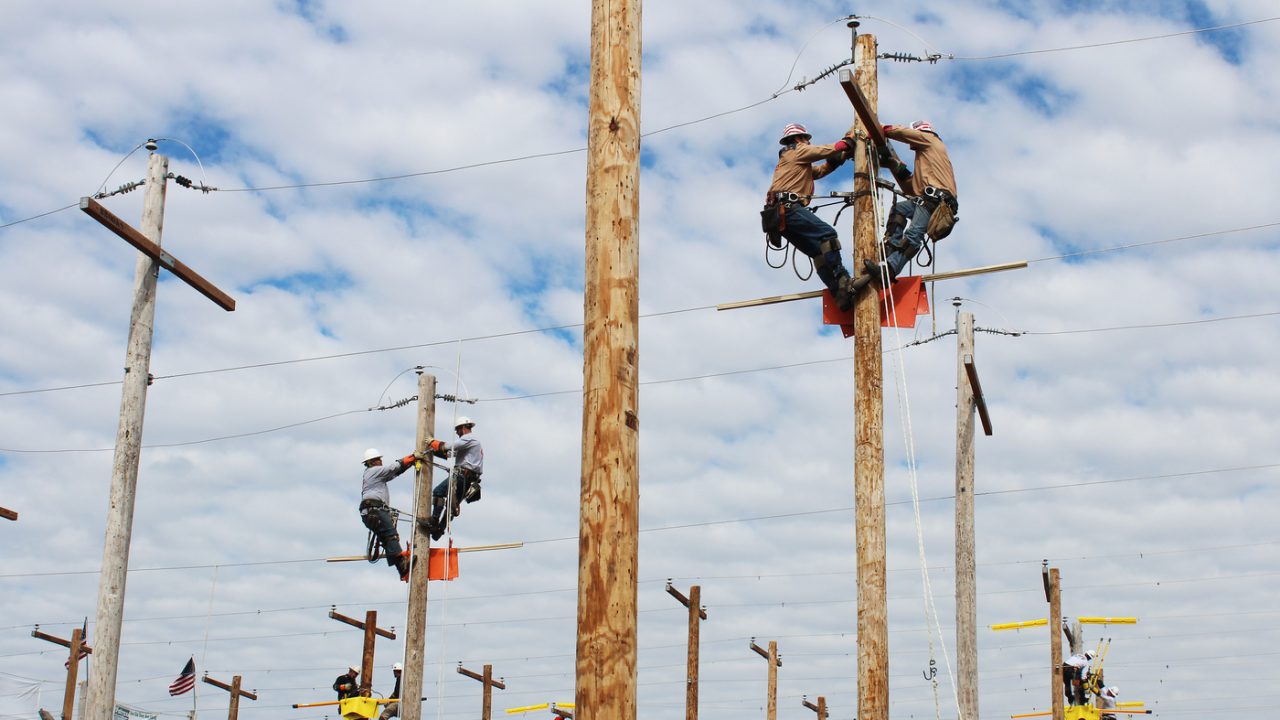 It is after midnight and the phone rings. A transformer has blown out and it is up to you to replace it. You struggle into your clothes, drive to the scene, climb the utility pole or ride the bucket lift to the top and get to work – in the dark and cold rain.

However, you are not an electric company line technician – not yet. You are a TCC student learning to be one.

Not only could it happen, said Thomas Ford, but also it probably will.  Now happily “only a teacher,” while interim dean of Business and Technology, Ford worked with Oncor Electric to establish a partnership whereby South Campus will offer a program leading to the Electrical Line Technician Associate of Applied Science degree.

The program will begin in the spring semester under the CIE (Community & Industry Education) banner with non-credit classes leading to a Certificate of Completion. Once C&I (Curriculum & Instruction) and accreditation hurdles clear, hopefully by fall 2018, courses will carry credit toward the degree.

Training will be both rigorous and real world. Piles of wooden utility poles lay here and there on campus during September, and stacks of wooden cross-arms and wiring sat in the Technical Building. All donated by Oncor and ready to erect in the field northwest of SECT.

Ford said that training will be literally from the ground up – drilling holes for the poles, setting them and climbing up to attach the cross-arms and, eventually, the wires and other assorted hardware. At some point, the system will be electrified through a generator separate from regular electrical service. Voltage will likely be small at first, and then brought up to a level to which working technicians deal with every day – and night.

“Oncor wants to make the training a real as it can be,” Ford said. “That means the students will be working in all kinds of conditions.” Plans are for a cohort each fall of 15 prospective technicians (females are accepted, so don’t call them linemen) to begin a regimen that will enable them to install, operate, maintain and repair local, long-distance and rural electric power cables and communication lines; erect and construct pole and tower lines and, install underground lines and cables.

While a basic knowledge of electricity will be helpful, said Ford, “really the only two requirements are a commercial driver’s license and the ability to shinny up a pole while carrying equipment and tools.”

Oncor will interview program graduates for employment with the company, most as power line installers and repairers. Such professionals are in high demand, and the demand projected to become even higher as the need for energy in the Metroplex grows ever larger. As of May 2017, the median salary for installers and repairers was $68,100, but can get much higher.

“One of the Oncor people told me, ‘Show me a lineman not making six figures, and I’ll show you a lazy lineman,” Ford said.

The Oncor Electric program and the upcoming automotive program with Lexus/Toyota are prime examples of the part of TCC’s mission that addresses service to industry and community.  “For more than 50 years, Tarrant County College has been deeply connected to the economic and social well-being of Texas,” said TCC Chancellor Eugene Giovannini. “This partnership confirms that TCC is a major regional economic generator, creating sustainable and measurable economic vitality for alumni and taxpayers.”