Some 115 graduates of the Tarrant County College Nursing Program received their pins and other honors on May 9 during an honorary pinning ceremony held before a large crowd of family and friends at Mansfield ISD’s Center for the Performing Arts. The program featured a candle lighting ceremony that is a rite of passage in honor Florence Nightingale, the founder of modern nursing.

The TCC Nursing Program also is celebrating another milestone: 50 years of providing quality nursing education to the region. In 1967, TCC’s nursing program began with approximately 25 students on the South Campus of what was then Tarrant County Junior College. Once the Trinity River Campus East opened in 2011, the program relocated there.  During his opening remarks, TCC Trinity River President Sean Madison discussed plans to establish a TCC Alumni Nursing Association as part of the 50th anniversary celebration. The association will support the mission of Tarrant County College through professional development, networking and scholarship opportunities for alumni.

The graduating class heard words of wisdom from keynote speaker Phyllis Norman, former vice president of patient services for Texas Health Resources Harris Methodist; Vicki Brockman, chief nursing officer at Texas Health Resources Cleburne; and TCC Board of Trustees President Louise Appleman, a 1962 graduate of the nursing program at Texas Women’s University.  Each spoke about nursing opportunities in the region and the need for lifelong learning. 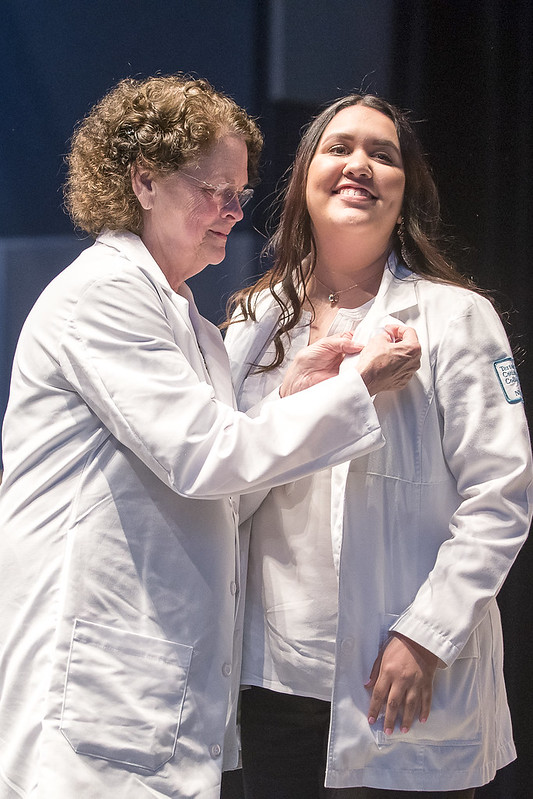