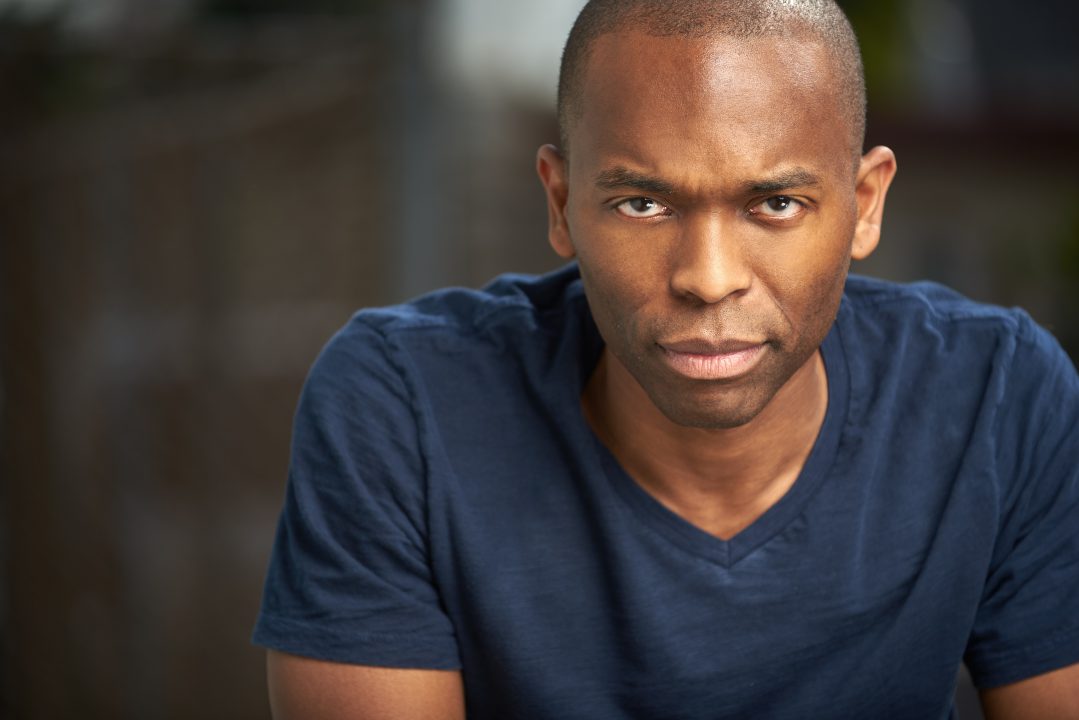 Tarrant County College alumnus Kevin Douglas has an unconventional résumé. In the skills section, you’ll find (among other abilities) 10 dialects, beatboxing, balloon sculptures and juggling. For Pert Durapau, chair of the Department of Speech and Drama and director of theatre at Southeast Campus, that last entry symbolizes Douglas’ above-and-beyond commitment to the craft of acting.
“Kevin was playing the lead in La Bête, and I wanted the character to juggle,” recalled Durapau of directing Douglas during his time as a student in the 1990s. “He’d never done it before. I said, ‘Do you think you can learn?’ Two weeks later, Kevin was juggling while reciting lines and playing a very sophisticated role.”

He taught himself to juggle without the benefit of instructional videos that are just a click away on the internet today.

“Kevin is exceptionally talented,” Durapau noted. “So are many students. But Kevin also has an incredible passion for working hard in rehearsal—then coming back the next day really having mastered the things that were asked of him and ready to grow more.”

Inspired by Eddie Murphy, Douglas knew he would be an actor in eighth grade. His high school drama teacher suggested Douglas attend TCC so he could study under Durapau, then director of Northwest Campus’ theatre. While Douglas wanted to be on stage or in front of the camera, Durapau had a broader education in store.

“Pert ran the theatre department in a way that allowed you to learn the ins and outs of the entire industry and not just your discipline,” said Douglas. “It was hands on, and all hands had to help build the production.”

Douglas spent two years at TCC, developing a strong GPA, taking part in numerous productions and absorbing Durapau’s teaching. He credits Durapau with helping him take the next step by encouraging him to try out for the country’s top theatre schools.

Douglas and a few other students drove to Houston for a nationwide, multi-school audition. He returned home with an invitation for admission from DePaul University. Knowing nothing about Chicago except the Bulls and Oprah Winfrey, Douglas moved to the city to earn his Bachelor of Fine Arts.

“Those years were challenging and formative,” he said. “Working and balancing a full load of classes—if I hadn’t gone to TCC I would not have made it through. TCC gave me the discipline to handle a university.”

He graduated from DePaul in 2000. Then it was time to try to turn his passion for performance into a profession.

“Acting is not an easy career,” he said frankly. “Most of acting is about auditioning and, unfortunately, not getting the job.”

Douglas remained determined. He worked three or four jobs at a time to support himself, always trying to ensure that one position was related to his degree. Fortunately, his broad foundation from TCC’s theatre program gave him options in the industry. And he never quit believing that he would be successful as an actor.

“What I learned early on is that I can’t control the people I’m auditioning for,” he explained. “I can control only how I prepare and present myself. Once I realized that, it made auditioning more fun and less stressful.”

He began gaining professional experience, doing voiceovers, commercials and children’s theatre as well as serving as a teaching artist—in which he partnered with a public school teacher to enhance the learning process.

In 2008, Douglas landed at Chicago’s Tony Award-winning Lookingglass Theatre Company as an artistic associate. It was a turning point. One of the top theatre companies in the country, Lookingglass is renowned for its use of physical theatre, improvisation, collaboration and adaptations—all areas Douglas enjoyed and wanted to explore further in his career.

After multiple readings, he was cast in one show and then another and another. He began to tour with the company, performing in “Lookingglass Alice,” a modern adaptation of Lewis Carroll’s work, 484 times. The role required him to quickly learn physical feats and daring stunts and helped cement his status with the company. After five years, Lookingglass asked him to join its prestigious mainstay ensemble.

“The move was definitely well-deserved,” praised Michigan Avenue Magazine in 2013. “Douglas put on show-stopping performances in plays such as ‘Mr. Rickey Calls a Meeting’ and ‘The Great Fire’ last season, and many others in seasons past.”

Douglas also is thriving as a writer and sketch comedian. He has performed in events such as the HBO U.S. Comedy Arts Festival, the NBC/Universal Sketch Comedy Showdown and The Just For Laughs Festival in Chicago; he also produces weekly sketches on YouTube with his wife, Tamberla Perry, a fellow actor. His writing and acting have been nominated for multiple Black Theatre Alliance Awards, and in October he won for the first time—taking home Best Writing of a Play for Thaddeus and Slocum: A Vaudeville Adventure, for which Douglas wrote both dialogue and song lyrics. Lookingglass produced Thaddeus and Slocum and held the world premiere earlier this year. (“Highly recommended,” wrote Carol Moore in Around the Town Chicago. The play “is a certified hit in my book!”)

Krissy Vanderwarker, who co-directed Thaddeus and Slocum, said Douglas speaks highly of TCC and how it shaped him.

“He approaches his work with gratitude, thankful to have the opportunity to do what he does, but he also works tremendously hard,” Vanderwarker remarked. “He is always writing and dreaming the next project into reality. I admire his hustle and his grace.”

Those qualities were on full display when Douglas returned to TCC in 2014. Durapau was staging a production of “Around the World in 80 Days.” Since Kevin played the role of Passepartout in Laura Eason’s traveling production, he visited and helped coach the students.

“He brought with him a joy and was a natural teacher,” Durapau said. “Kevin has absolutely every gift you hope a person who goes into this profession would have. He manifests an incredible spirit that makes people want to work with him again and again.”

It is that spirit, as much as his talent, that allowed him to flourish in a notoriously unpredictable field.

“Choose your path and work hard for it. Nothing is easy. If it’s easy, I would question it—or at least ride it out cautiously,” he smiled. “It’s going to be challenging, but don’t let the challenges deter you. The challenges and letdowns build character.”

This story is the latest in a series celebrating members of the TCC community who don’t let challenges stop them. Follow these links to read previous features: Salma Alvarez, Celia Mwakutuya, Jessica Caudle, Ken Moak and Melora Werlwas.