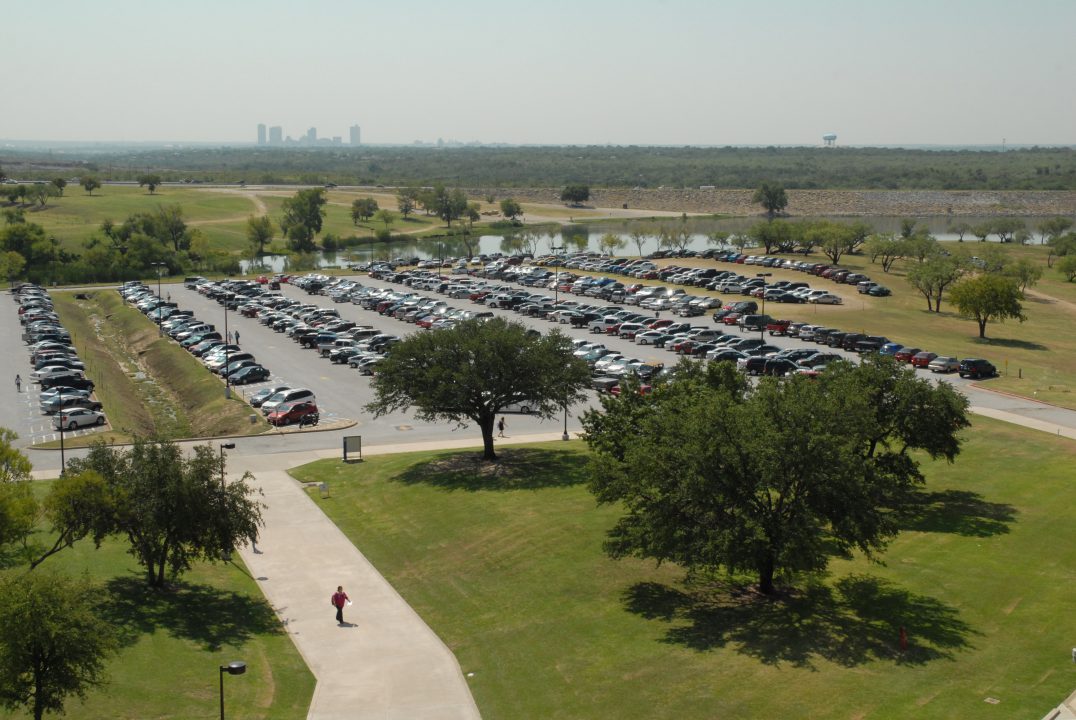 Parking has been an increasing concern for staff and students at TCC Northwest since enrollment started its rapid increase in the century’s first decade. “Probably one of the biggest frustrations at a campus is when there’s no place to park, or I can’t park where I used to park, or now I have to walk this distance,” said Daniel Stewart, senior program manager for Jacobs, the firm overseeing TCC’s bond program. And that’s why construction of TCC Northwest parking lots has been moved up to this coming summer.

The work will be done in four phases so as to maintain an adequate number of parking spaces during the course of the project.

Phase I encompasses about two-thirds of the north lot. Work is to begin around July 5 and should be completed in 10 days. Asphalt coating and striping will begin on the east and work its way to the west. As each section is completed, it will be opened to parking.

Phase II will begin concurrently with Phase I but will require more time, finishing by September 9. The work is more involved than with Phase I in that considerable soil is needed to raise the parking lot grade to the same level as NW05, formerly known as Building 1. Paving will be asphalt as far as the major roadway and concrete the rest of the way, including a dropoff loop that will serve auto and bus traffic to Marine Creek Collegiate High School.

Phase IIA will see temporary parking for 250 vehicles added to the existing temporary parking to the north of the main entrance to the campus off Marine Creek Drive. Work is to begin in mid-August and last about a month.

Phase III, work on the south lot, begins about Sept. 19 and will last until Jan. 31, 2023. The existing far South Overflow Lot will remain open, and there will be a lighted temporary walkway from the overflow lot to WFAB.

Finally Phase IV–Feb. 1 to June 20, 2023–will incorporate the far south overflow into the completed south lot. When this phase is completed, all temporary lots will disappear and there will be a total of 2,047 spaces.

Another major undertaking in the summer will be to connect the central plant pipe system permanently into NW01, routing it through the connecting walkway between WCTS and WTLO. This will require a shutdown of the walkway, but the details are being ironed out to minimize any disruption.

Meanwhile, Stewart reports that work on NW05 (Building 1) and NW01 (Building 2) is “going wonderfully.” Installation of interior mechanical, electrical and plumbing progressed through the spring semester, and work on the curtain wall (window frames and glass) was to start in mid-April. Once the curtain wall is completed, the buildings will be “dried in,” or rendered weatherproof, so that interior walls can go up.

Anticipated completion of NW05 is January of the new year, with NW01 to follow in March.