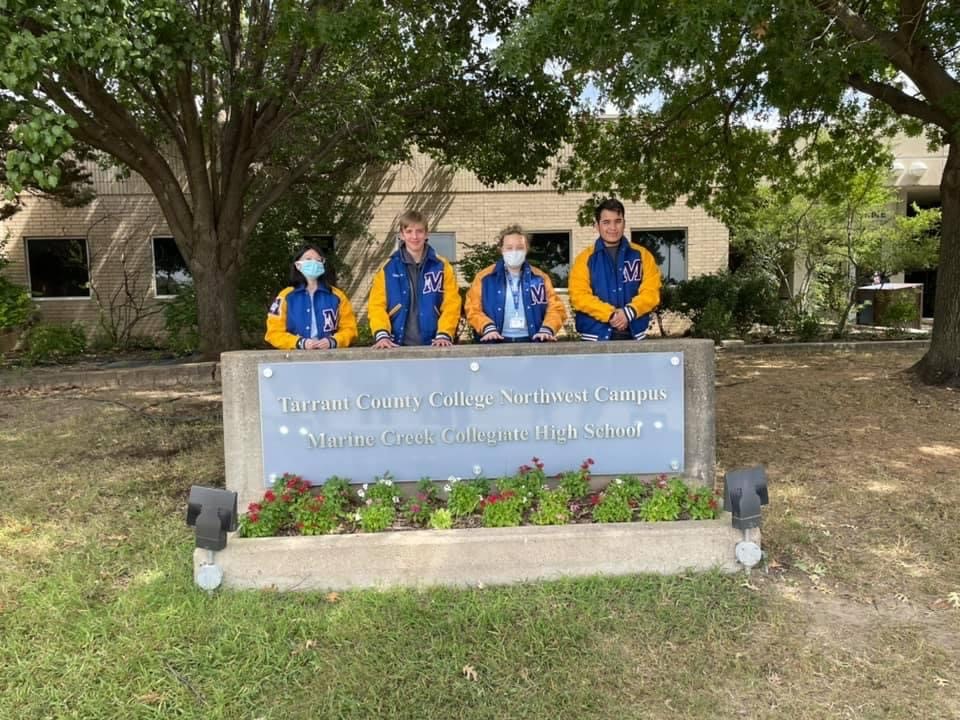 There was just one problem. “Since this had never happened before, we didn’t even have a letter jacket design,” said Melanie Grubbs, government teacher and UIL Academic Coordinator, “and so it had to be created.”

The jackets arrived just before the fall semester and were recently awarded at an assembly at the school, located on TCC Northwest.

“This was momentous, to say the least,” Grubbs said. “So proud of our Sharks!”