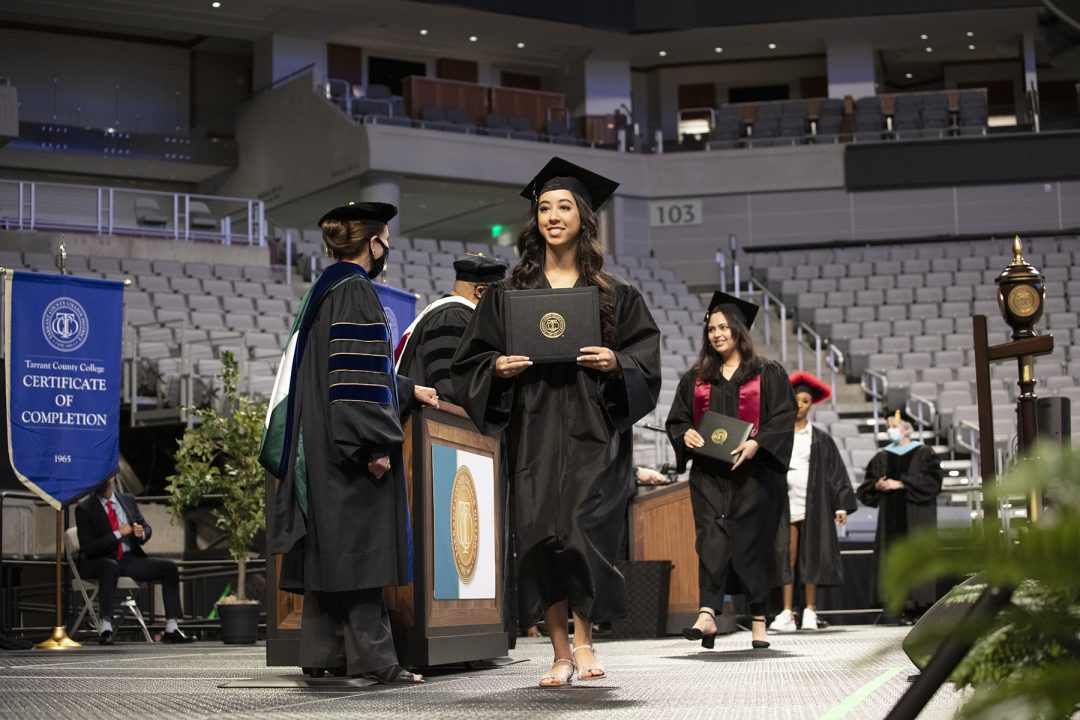 Tarrant County College ranked #4 in the nation for total enrollment of Hispanic students at two-year schools, according to Hispanic Outlook on Education Magazine, which released its Top 100 Colleges and Universities for Hispanics list in the October issue.

Hispanic students comprised 37 percent of TCC’s enrollment in 2019, the year on which the rankings were based. Of the 50,496 students who enrolled at TCC that year, 18,463 were Hispanic. For decades, TCC has provided wide-ranging support to Hispanic students, including the Organization of Latin American Students – Texas Association of Chicanos in Higher Education and special events during Hispanic Heritage Month.

TCC also ranked in the top 10 for the number of degrees awarded to Hispanic students in one major: Liberal Arts and Sciences, General Studies and Humanities Degrees (#6).

The Hispanic Outlook on Education rankings are based on several factors, including the percentage of Hispanic students in attendance, total student enrollment, two-year schools awarding the most associate degrees to Hispanics and the percentage of Hispanics awarded associate degrees by a two-year institution. The rankings were determined using data from the National Center for Education Statistics and The Integrated Postsecondary Education Data System.

To learn more about enrolling at TCC, visit tccd.edu