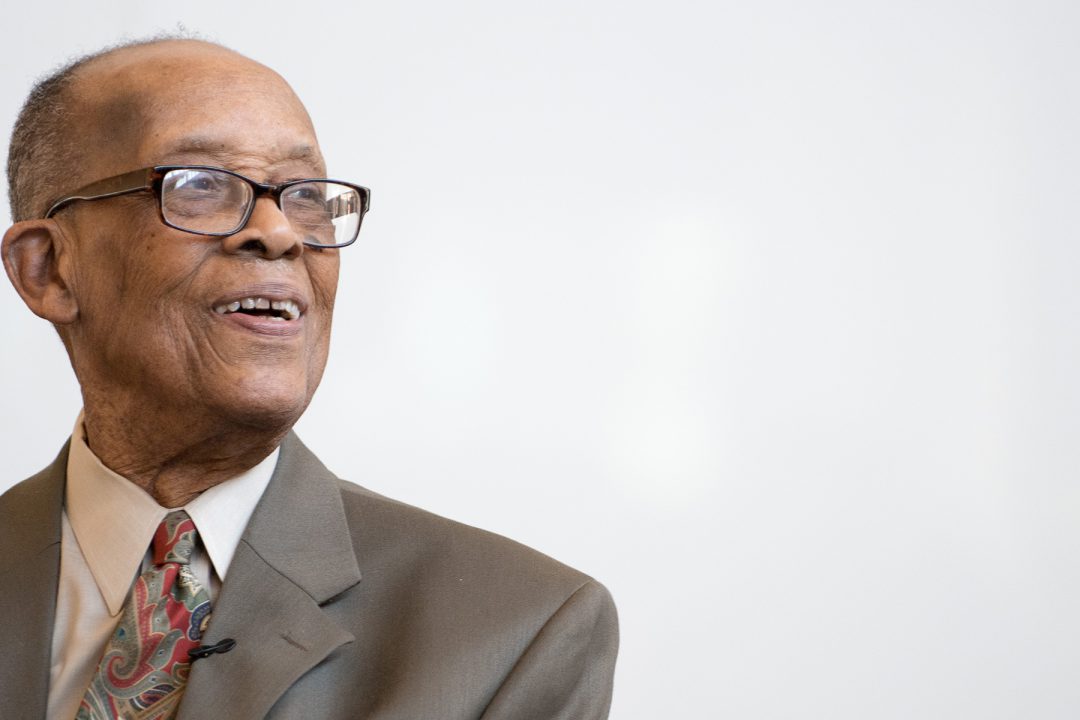 Reby Cary, whose legacy as an educator and civil rights champion includes being the first Black faculty member at TCC, will be honored posthumously at 9:30 a.m. on Saturday, Aug. 14, at a ceremony marking the opening of Fort Worth’s Reby Cary Youth Library, located at 3851 E. Lancaster Avenue.

The ceremony will begin a day of festivities for children, including story time, a planting project and a magic show.

“His was a life with no limits,” said TCC Trustee Gwen Morrison, a longtime friend and colleague. “He had that desire to seek the unknown. He had that kind of spirit and set an example, sharing it with others.”

Morrison said that while Cary was a pragmatist, he nevertheless “encouraged people, especially young people, to seek their potential and what was possible.”

Cary, who died in December 2018, was a tireless voice for civil rights who carried his message as a public school teacher, college and university faculty member, school board member and member of the Texas House of Representatives.

A graduate of I.M. Terrell High School in Fort Worth, he earned bachelor’s and master’s degrees from Prairie View A&M University. His career in education began at Fort Worth’s Dunbar High School where he was a counselor and taught history and government from 1952 to 1967.

Cary was a member of the original TCC South faculty in 1967 and taught history until moving to UT Arlington in 1969 as that institution’s first Black faculty member. In addition to his classroom duties, he was associate dean of student life. He was instrumental in the establishment of UTA’s Minority Student Center in 1972 and the dropping of the Rebel mascot in 1974.

That year also saw him move into politics, winning a spot on the previously all-white Fort Worth Board of Education. After four years in that role he moved on to the Texas House of Representatives, serving from 1978 to 1984.

His role as an educator, Morrison said, went beyond the classroom and board room. “He always reached back to the younger generation,” she said, “sharing his experience with them and always encouraging them to seek those unknowns.”

Library parking lot will be reserved for disabled individuals, media and dignitaries. Additional parking available behind the park at the Meadowbrook United Methodist church and along the side streets. No parking is allowed on East Lancaster Ave.