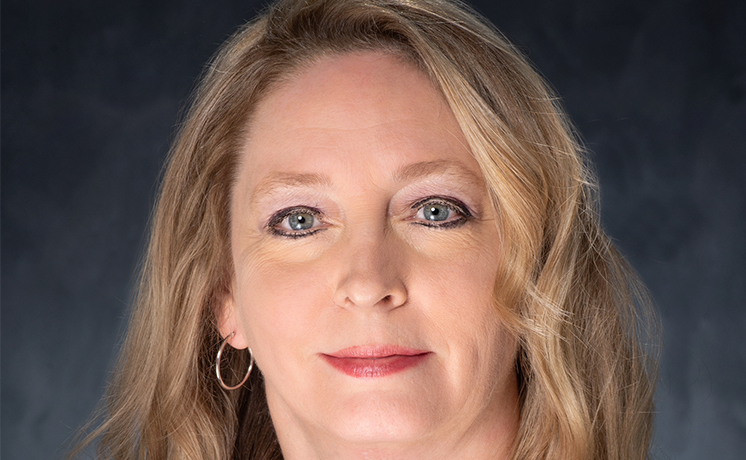 TCC’s annual Chancellor’s Awards for Exemplary Teaching are normally announced along with a big helping of hoopla at the fall all-employees breakfast. Nothing about 2020, however, was normal.

So it was that Angela Chilton (English) was at home alone when she was named the winner from TCC Northwest.

Even in her solitude she felt butterflies. “I was surprised that I was so nervous,” she said. “But then when it was announced they played a video made by my colleague Jaye Simpson. It was such an affirming message, and it was so positive. There were tears, so it was probably better that I was at home to have that moment.”

In the video, Simpson said, “Angela is known across the campus for her tireless dedication and commitment to her students, her colleagues, her campus and to TCC as a whole. She is a longtime educational leader and a hero to many of us on TCC Northwest, including myself. But most importantly, she serves her students with tireless dedication.”

Chilton felt like running outside and “telling people on the sidewalk who were walking their dogs,” but congratulations quickly rolled in electronically. “A lot of people were texting me, so that was very awesome, and they could make it very personal,” she said.

Her dean, Lisa Benedetti, posted an attaboy on Facebook, and “everybody jumped onto that,” Chilton said.

But perhaps the most meaningful message came, not via the computer, but in a handwritten note from her vice president, Judith Gallagher. “That was very special to me,” she said, “because she and I were hired at the same time back in 1993 as full-time English instructors. So, this was a full-circle moment.”

“I was thrilled for Angela to win,” Gallagher said. “She and I started at the same time and worked together until I went to open TCC Southeast.  She was always so helpful with technology, and we worked together on various District committees over the years.  When I returned to TCC Northwest, she was one of the first people to welcome me back.  Over the last eight years, we picked right up and started our collaborations again.”

It wasn’t the first full-circle event in Chilton’s career. She first wanted to teach at TCC when, as an undergrad, she took a summer course on TCC Northeast from the late Mike Matthews. Years later, it was Matthews, then a dean at Northwest, who gave her first adjunct position.

Chilton said she has always had her sights on the Chancellor’s Award, but not to win it or even be nominated. “I wanted to use its criteria to point the way to excellence,” she said. “Also it helped me find mentors, people who had won it before, and I’d talk to them, asking, ‘What are some of the most important things that we do as teachers? How can I best serve my students? How can I best serve my colleagues and the College?’ So, for me, it was kind of a way to find a pathway to excellence.”

Other rewarding moments came long before her award was announced as she was completing the résumé required as part of the selection process. “I got to read through all the years of student evaluations, and that caused a great deal of reflection,” she said. “What did they value in an instructor? And a recurring theme I found was that they believed that I truly cared about them and that they saw me as a partner in their learning, not someone who’s remote or distant, but someone who actually walked the path with them.”

Chilton praised her fellow TCC Northwest nominees, Jason Frawley (history) and Daiju Hoshino (biology) as being equally deserving of the award. “It’s really good to work with so many talented people,” she said. “You just look up and down the hallways, and you know that almost any person could be nominated and would deserve to be selected because we all have a focus on taking care of our students, serving them and serving the College.”