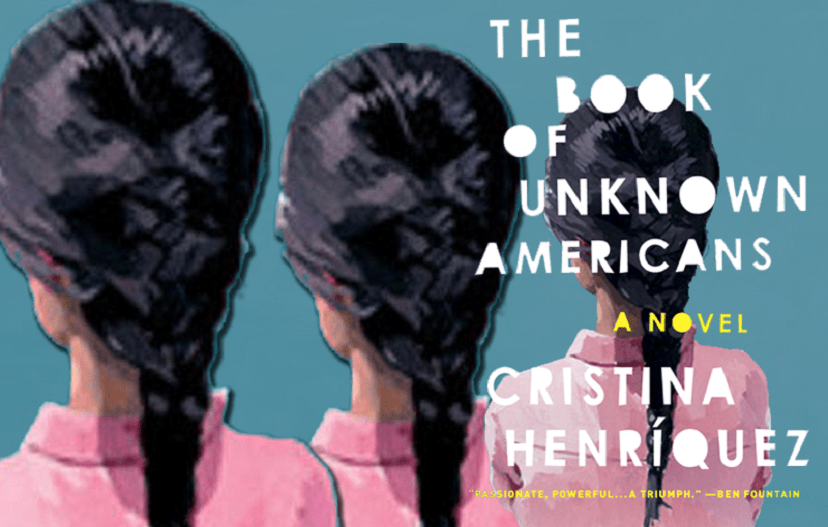 One of the themes of Cristina Henríquez’s The Book of Unknown Americans is the importance of multiple stories and voices, and TCC students contributed their own histories during an April 6 virtual conversation with the author.

Henríquez’s novel was published in 2014 and was a New York Times Notable Book of 2014 and one of Amazon’s 10 Best Books of the Year. It features the stories of nearly a dozen characters who have moved to the United States and who now reside in the same Delaware apartment building.

Students from 36 separate classes participated in the Common Reader program, which was chaired by Kim Jackson, professor of humanities. In both fall and spring semesters, the program hosted an essay contest incorporating themes from Henríquez’s book. Winners of both the fall and spring essay contests earned a $200 scholarship.

To celebrate the conclusion of the program, organizers hosted a virtual conversation-format event with Henríquez. During the event, Henríquez answered questions about her book and provided commentary on some of the winning essays.

The Fall 2020 essay contest theme was based on the idea of home and the question of “where are you from?” In her talk with TCC students, Henríquez said that is a question that partially inspired the writing of the book.

“Home is…less about a place, less about geography, and much more about people and a certain feeling you have in your soul,” said Henríquez, who moved to several different states in her childhood. “There are certain places where I go where my soul sighs.”

Fall contest winners, including Sooa Pyo, Suyeon Kwon, Maried Toro Bonilla, Selina Asare, Maria Hollingsworth and Juan Gutierrez elaborated on this theme in their essays. In writing her novel, Henríquez was also inspired by the experiences of her father, a Panamanian immigrant. She emphasized that the word “unknown” from her title refers to the many stories of those who immigrate to the U.S. and are categorized as monolithic.

“It seemed to me we weren’t telling the whole story of what it’s like to be an immigrant in the U.S.,” she said. “I wanted to write a book about immigrants, not about immigration.”

Food forms an integral part of a number of scenes in Henríquez’s book, something she said was intentional.

“Food is such a salient part of culture,” Henríquez said. “It’s just one of those things…that will instantly make you feel reconnected to place, a time, and to a part of yourself.”

The student essays expanded on this theme. In his essay, Smith detailed  his friendship with a restaurateur renowned for his catfish recipes.

“Just like Mr. Pierre, most African Americans take pride in their cooking,” Smith wrote in his essay. “The art of frying cCatfish is much more than the act itself. It embraces memories of wonderful aromas that filled homes and mouthwatering dishes and secret recipes that have been passed down.”

Irumva’s essay, about her mother’s Ugandan dishes, emphasizes that food is a representation of culture.

“Through my Mommy’s Ugandan dishes, I ‘m enlightened by the unseen beauty in the pain that brings wondrous creation, like a race fighting for their place in the world, or a cook mastering the perfect meal,” she wrote.

Lateef’s essay was an exploration of how communal cooking creates meaning.

“We talk about anything,” Lateef wrote. “We are talking in the kitchen. What happened today? My grandmother and mother gossip about the news of our relatives.”

DeMello’s essay dealt with the ritual of cooking, especially in South Asian families. She also emphasized the idea of hospitality and community, which also appears in Henríquez’s book.

“There is a common saying, which can be translated to “Guests are forms of God,” and invariably have I observed how such a belief influences my family in the way they treat their guests, neighbors and relatives,” DeMello wrote.

Kwon, Bonilla, Pyo and Lateef read their essays to Henríquez during the April event and received feedback on their writing. Henríquez also shared some of her own inspiration.

The Common Reader program will continue studying Henríquez’s book during the 2021-2022 academic year, and they hope to plan another event with Henríquez at TCC Northwest.