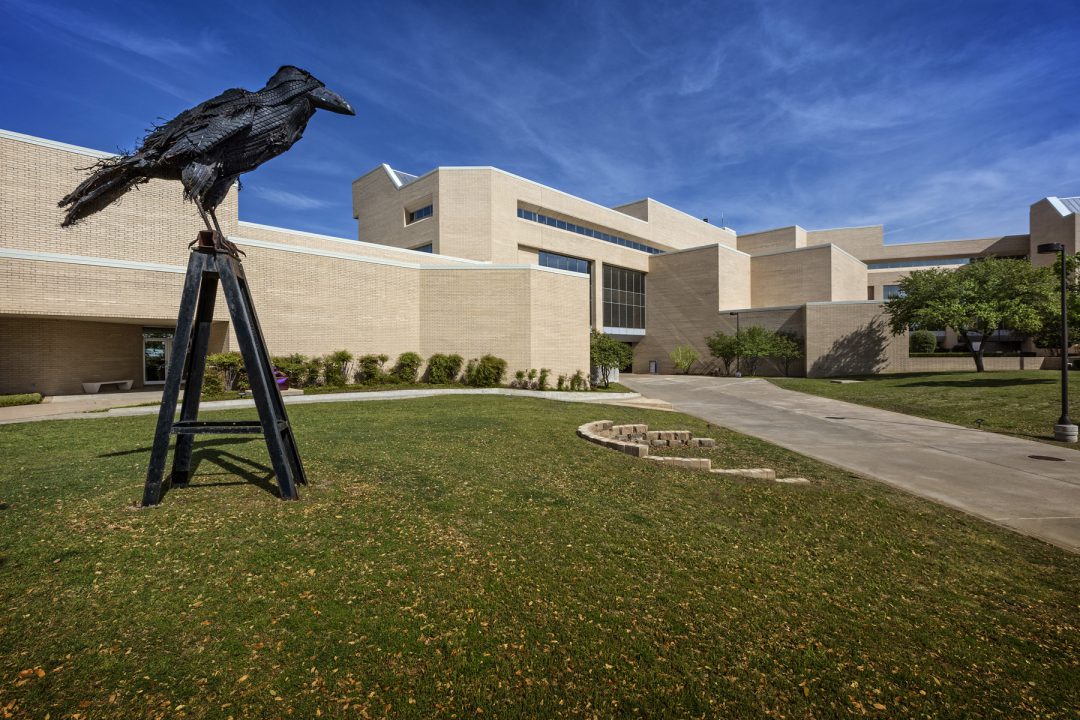 In mid-March 2020, the COVID-19 pandemic necessitated the vast majority of all students, faculty and staff to transition to remote work and school. While much of the work of the College has carried on in this virtual space, one work group has continued their operations in-person and on-campus without interruption: Facilities. For this group, the lack of the usual physical presence of faculty, staff and students has presented both opportunities and challenges.

During normal campus operations it can at times be difficult to get big projects done. “The whole thing that drives us is access,” said Facilities Manager Joe Gonzalez.

With a crowded campus, changing a lightbulb in a high traffic area or changing the direction a door swings can be almost impossible. According to Gonzalez, “Changing a swing on a door doesn’t sound like a big deal, but it can be a very complicated undertaking that may even involve life safety issues” when done during a heavy traffic time of day.

With the Campus virtually empty, particularly in late March and April before any in-person instruction resumed, Gonzalez and his team got to work. They started with small, manageable projects, not knowing how long they would have with the Campus open to them. First up: lightbulbs. The high ceilings of WSTU 1303 and 1305 make changing lightbulbs both time consuming and dangerous if there are a lot of people around. The Facilities crew took advantage of the lack of a physical population on campus and changed all of the bulbs. They did not stop there, changing bulbs all over campus and going through several pallets of lightbulbs in the process. Of course, the lightbulbs were just one of many projects undertaken.

The Facilities crew also began work on a host of projects they normally would not be able to get to. This included working on air systems, painting high traffic areas, patching and filling potholes in parking lots, repairing chillers in WACB and WCJC, servicing the air conditioning in WFSC, repairing and replacing broken pipes, repairing furniture and ceiling tiles in numerous buildings and more. If it was broken or in need of repair, repainting, or cleaning, it has been worked on by folks like Curtis Nash, Jose Flores, Jason Brimer, Gordon Hill, Ryan Griffin, Mark Rasco, Alex Lopez and Peter Mash.

Kyle Weaver, TCC Northwest’s resident mechanic, has been working nonstop to service anything with a motor, from weed eaters to fire engines. Norma Roberson, warehouse manager, and team have completed an inventory of everything in TCC Northwest’s warehouse and stockroom. They accomplished this while also processing all deliveries from UPS and FedEx, including construction project deliveries. Alma Castoreno and her team kept up all their usual duties and were also instrumental in executing the monthly drive-through Community Food Market. All the while, Karen Johnson, administrative assistant for the Facilities team, provided administrative support and kept the whole team organized and moving.

At the same time that all of this was happening on the main campus, these folks also worked to complete furniture moves and repairs ahead of the adaptive redesign of the first and second floors of the Center of Excellence for Aviation, Transportation and Logistics.

“We have really appreciated all of the efforts from our Campus Facilities Team. After construction projects were complete, about half of the building received new paint. The team noticed that the other half looked a little dingy compared to the new construction area. They coordinated an effort to paint the remaining area to bring them up to the new construction standard. ” said Director of Workforce Programs Demesia Razo. She went on, “Additionally, when the 3rd floor had to be vacated, it happened really quickly, Campus Facilities teams from around the College came in to assist in the removal of furniture. It was a huge effort and their time and talent was appreciated by our team.”

Indeed, crews from four different campuses pitched in to complete furniture and box moves at CEATL. “That was a big undertaking,” Gonzalez said. “It was really cool to see my counterparts from South, Northeast, Trinity River and Southeast show up and help out like that.”

The construction project at CEATL was not the only construction project this team would need to prepare for, though. With the redevelopment of TCC Northwest kicking into high gear and the impending demolition of WADM, the TCC Northwest Facilities crew had to do a lot of work related to inventory control, project management and moving to make way for swing space renovations in WSTU and WACB and, of course, to empty WADM.

Finally, in June, as TCC Northwest prepared to re-open to the public again, the Facilities Team had to ready the Campus for safe on-campus visits. This included putting up safety stickers on doors in every building, stickers on elevators and on water fountains, delivering personal protective equipment to various work groups, installing plexiglass dividers and installing new wayfinding signage to direct students to the Centralized Student Support Services Area in WSTU and eventually WHPE.

When asked about the magnitude of the work he and his team have done, Gonzalez remains humble. “You know, it’s not just us,” he said. “This is happening all over the College. All of my counterparts and their teams are doing the same thing. Everyone says we’re the unsung heroes, but across the College, and it’s been really impressive, facilities teams never left. This team has kept things moving, and I know people have noticed .”