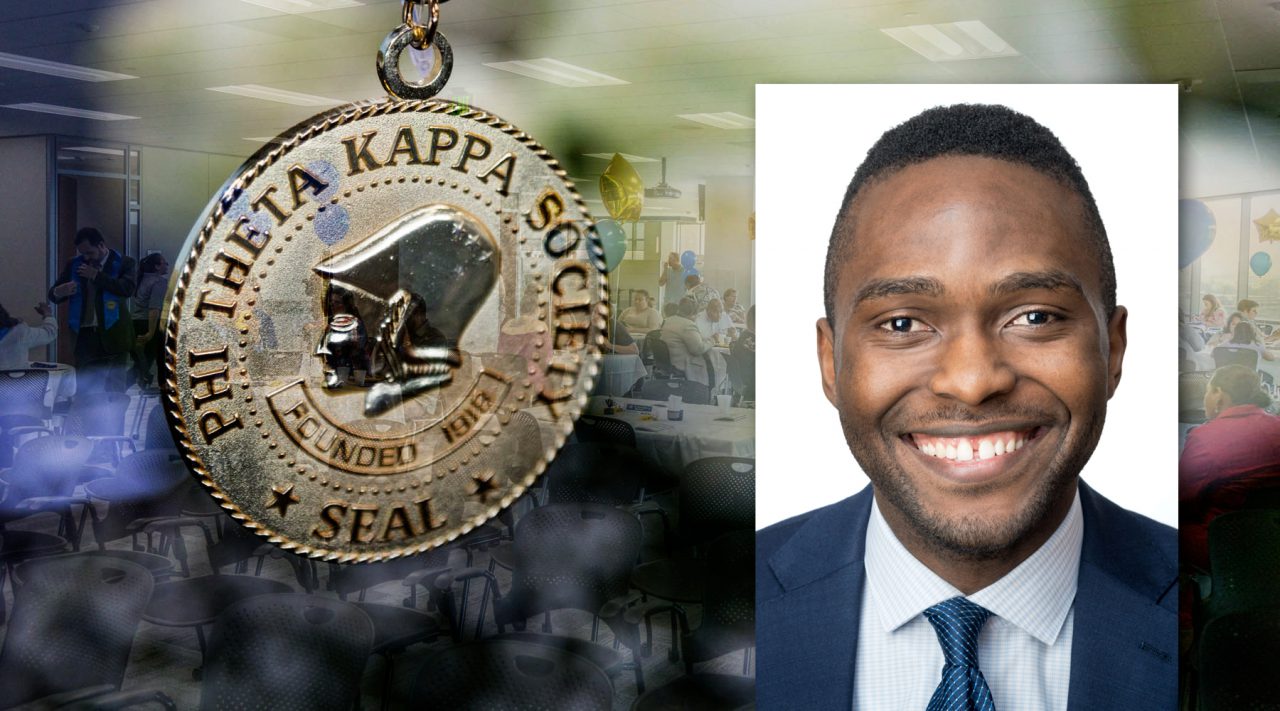 A Tarrant County College alumnus was selected from a pool of 2,211 applicants to be awarded The Paul & Daisy Soros Fellowships for New Americans, a $90,000 graduate school fellowship for outstanding immigrants and children of immigrants in the United States.

Pelkins Ajanoh, who transferred to MIT and now is at Harvard pursuing an MBA/MS in engineering sciences, is a native of Limbe, Cameroon. Ajanoh was chosen from a record-breaking number of applicants. The 30 Fellows were selected for their potential to make significant contributions to the United States. Funding is for two years to support their graduate studies.

“At a time when all forms of immigration are under attack, it’s more important than ever to be celebrating the achievements and contributions of immigrants and refugees from across the world,” said Craig Harwood, who directs the Fellowship program. “Our country and universities are enriched by the ingenuity that comes from abroad. When we honor and invest in New Americans our nation is stronger—the Paul & Daisy Soros Fellows are a perfect demonstration of that.”

When he was 13, Ajanoh lost his father. The resulting hardships of his mother single-handedly raising him and his siblings led her to immigrate to the United States in search of a better life for her children. Despite going through most of high school without his parents, Ajanoh graduated with the top test score on the national advanced level test taken by students in Cameroon.

Ajanoh immigrated to the US at 19 to join his mother in Texas and enrolled at Tarrant County College, where he earned an Associate of Science degree in ­­2015 with highest distinction and named a Guistwhite Scholar by the Phi Theta Kappa Honor Society. Focused on getting an education without taking on debt, Ajanoh enrolled at the University of Texas at Arlington. There he learned about need-blind admissions, a discovery that motivated him to transfer to MIT, from which he earned a bachelor’s degree in mechanical engineering in 2018.

At MIT, Ajanoh became interested in the topic of creating economic opportunity in vulnerable communities through entrepreneurship . His interest led him to found CassVita, an agribusiness in Cameroon that converts cassava, a rapidly deteriorating tropical tuber, into shelf-stable flour. CassVita empowers a farming community of more than 300 farmers in Cameroon. Its products are sold in more than 30 supermarkets locally and internationally. In recognition for his work at MIT, Ajanoh was awarded the Albert G. Hill Prize and the Suzanne Berger Award for Future Global Leaders.

Ajanoh has gained professional experience working as a machine learning intern at Électricité de France in Paris, a self-driving car engineer at General Motors, where he patented a novel technology for calibrating radars for autonomous vehicles and a program manager at Microsoft. He is interested in leveraging technological innovation to sustainably create economic opportunity globally.

To read the full bios of Ajanoh and other 2020 Fellows, visit www.pdsoros.org.