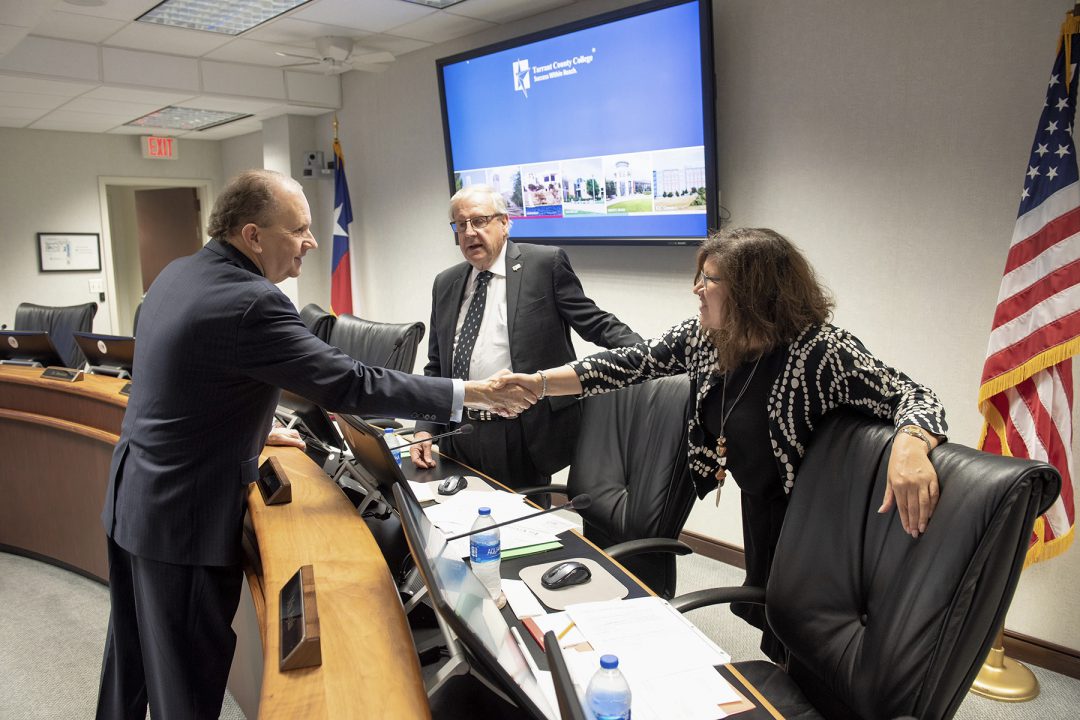 The Tarrant County College Board of Trustees has elected Colleyville businessman Conrad Heede to serve as its new president. The election was held at the board’s May meeting, during which trustees also elected Teresa Ayala as vice president, Diane Patrick as secretary and Michael A. Evans as assistant secretary of the seven-member board.

A trustee since 2011, Heede succeeds Louise Appleman, who retired as president after serving as a TCC trustee since 1988. Heede’s business experience includes commercial real estate investment and brokerage, managing partner of Willow Creek Storage & Investments, president of Preservation Properties, owner of Mathews Family Farm and he served as an officer in the US Naval Medical Service Corp during Vietnam. For more than 40 years, Heede has been actively involved in community organizations such as Rotary, chambers of commerce, city boards and commissions and the Boy Scouts of America.

“I am honored to be elected president by my fellow board members and look forward to continued service to TCCD,” said Heede. “I also am humbled because of those who have occupied this position in the past and because I feel every member of this board could also do this job with excellence.”

New trustee Kenneth Barr will represent District 7, which covers the TCU area, Southwest Fort Worth, Southeast Fort Worth (generally south of I-30) and Benbrook. He is a public affairs and governmental relations consultant. His term ends May 2025. The seat was vacated by Appleman.

Gwen Morrison was re-elected to represent the residents of District 6, which covers East and Southeast Fort Worth, Forest Hill, Everman and part of Southwest Fort Worth. She was first elected to the board in 1976. Her current term ends in the 2025.

As the trustee for District 4, Bill Greenhill represents West Fort Worth (generally north of I-30), Azle, Haslet, Keller, Watauga, North Richland Hills and Haltom City. His term ends in 2023.