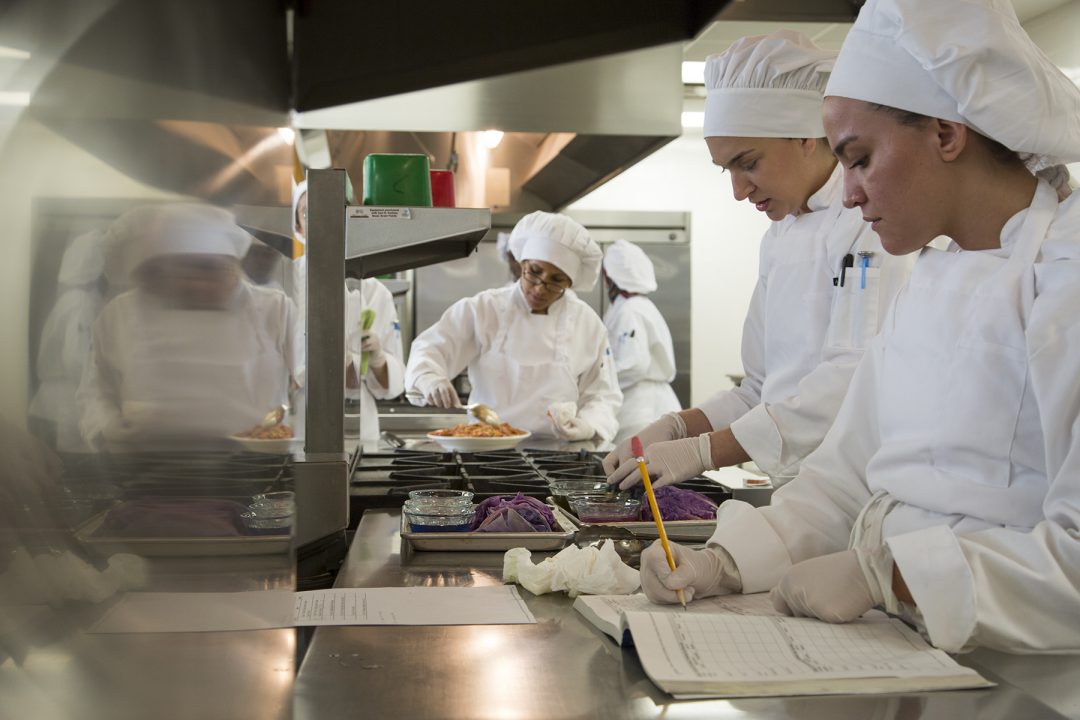 During traditional holidays, when people get together and express gratitude for family and friends, traditional foods like turkey and dressing, green bean casseroles, sweet potato casseroles and pies of all sorts are unavoidable. However, the traditional dishes often bring up the dilemma of serving excess calories to everyone.  Here are some tips from the Department of Culinary Arts, Dietetics and Hospitality.

In your traditional dishes, you may consider the following to substitute calorie-heavy ingredients:

Instead of … Sweet potato casserole with marshmallows and butter
Serve … Baked sweet potato mashed with plain fat-free yogurt, light butter and a dash of cinnamon and sugar as toppings

Veggie Your Plate Up

Fill your plate with healthy side dishes like salad and steamed vegetables before heading to the entrees. Liven up your salads by adding a variety of fruit, such as strawberries, apples and tangerines, with a hint of tasty vinaigrette dressing. Go for desserts that are decorated with fruit or enjoy a bowl of fresh fruit in lieu of pie.

Be Mindful, Not Mindless

As portion sizes continue to grow in our society, our consciousness of satiety is no longer the same. We tend to eat more and more mindlessly during and in-between meals. Try to avoid mindless snacking, like bowls of nuts, chips or sweets. During meals, focus on the size of your dishware, which has a big impact on how much you eat. Serve food on smaller plates, drinks out of tall thin glasses and serve desserts out of coffee cups instead of large bowls. This can significantly minimize your portion sizes and control overeating, especially when holiday meals tend to be buffet style and encourage multiple helpings.

(This is not gluten free.)