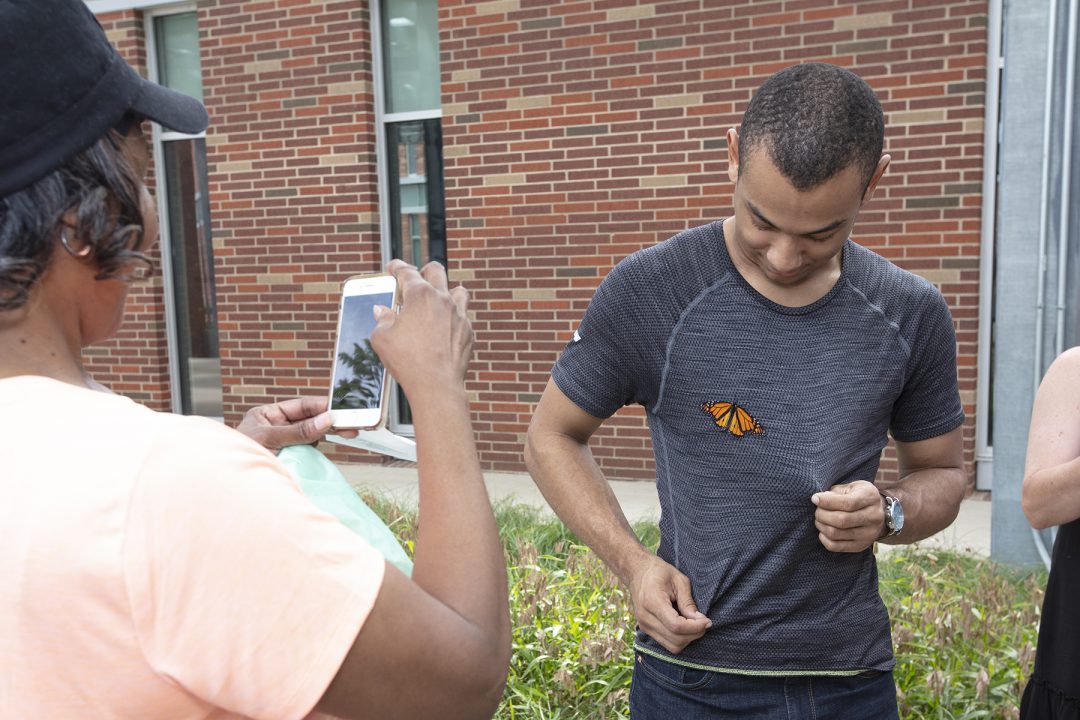 Had you peeked under the desk in Floreen Henry’s office in mid-September, you might have seen … well, nothing … at least not at first. The room was being kept dark and unusually cool.

But if you’re blessed with night vision, you saw hundreds of somnolent monarch butterflies that on September 20 were to play the climactic role in TCC South’s Mayors Monarch Summit. Their release capped a day-long program that included a keynote address by Susan Kaderka, director of the National Wildlife Federation’s South Central Region, and a panel of Tarrant County mayors, all of whom are signatories to the Mayors Monarch Pledge begun on Earth Day in 2016.

The butterflies had been wild-caught, tagged and placed in an ice-pack cooled cage under the desk in the darkened room to keep them drowsy and inactive. “They don’t fly at night,” Henry said. “They wait until it’s sunlight and a certain temperature.”

So, just before the event, Henry and two of her students slowly raised the temperature and brightness in the room – “not to stress them out” – until the spectacularly hued insects were all perky for their big moment.

South Campus is a prime resting place for the monarchs that roost in the Fort Worth Tree Farm in Rolling Hills Park just to the north. “This is natural prairie land,” Henry said, “and our campus has had monarchs in all the 30 years I’ve been here and probably long before.”

The event served to highlight the monarch’s population decline in the face of eradication of swaths of milkweed, the plant that constitutes its entire diet.

Henry gave special thanks to Jordan, who she said “is so supportive of the faculty and this initiative. He understands the importance of conservation.” She also had special thanks for Deans Yojana Sharma and Vicki Ansorge.