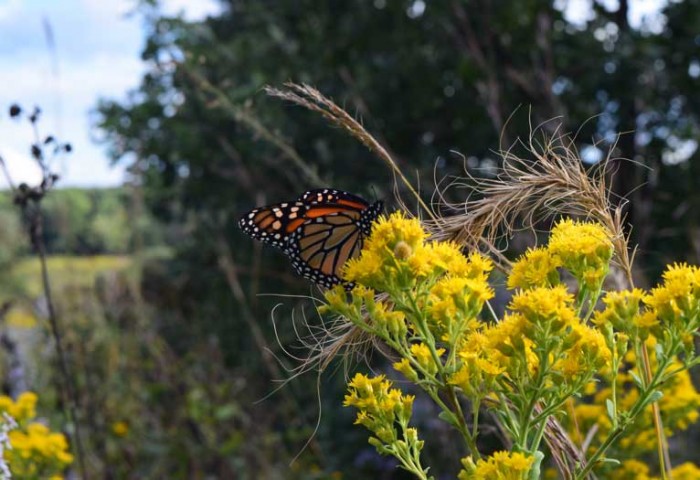 In keeping with its commitment to serve the community, Tarrant County College is hosting an event that will convene elected officials, community leaders and industry experts to develop a collaborative strategy to aid in the recovery of the monarch butterfly, a species that’s seen its population decline by 90 percent in the last 20 years, according to the National Wildlife Federation.

All 37 mayors, commissioners and other elected officials in Tarrant County have been invited to join TCC leadership and students on Thursday, Sept. 20, from noon to 1:30 p.m., at TCC South’s Center of Excellence for Energy Technology, 5301 Campus Drive in Fort Worth.

Guest speaker Susan Kaderka, regional executive director for the National Wildlife Federation, will discuss the importance of the monarch butterfly, the reasons for their alarming decline in numbers and potential solutions. Burleson Mayor Ken Shetter is scheduled to moderate a panel featuring fellow mayors from various municipalities in the county.

“This faculty-led movement to save the Monarch is part of an overall commitment to sustainability across the District,” said TCC South President Peter Jordan. “This effort fits well with other ongoing social and community learning projects such as adopting safe pesticide practices, that faculty passionately advance and use to actively engage students, contextualize learning and teach students the importance of ecosystems.”

Last year, TCC South’s commitment to saving the monarch butterfly was recognized by former First Lady Laura Bush at a Texan by Nature Celebration. Additionally, the College became a “Texas by Nature Monarch Wrangler” in 2017.

The monarch population has been declining by about 90 percent in recent years from 1 billion in 1996, according to reports at the time the pledge was signed. The decline has been attributed numerous threats, particularly loss of habitat due to agricultural practices, development and cropland conversion. Degradation of wintering habitat in Mexico and California has also had a negative impact on the species. According to the World Economic Forum, approximately 75 percent of the world’s food crops and nearly 90 percent of the world’s wild plant species depend on monarch butterflies, among other pollinators, to survive. The organization estimates the annual economic value of pollinators to range from $235 billion to $577 billion.

Monarchs are believed to have visited TCC South since the campus opened more than 50 years ago. Currently, the campus maintains 16 acres of natural preservation area of natural wildflowers, including a native milkweed. The I-35 corridor lies in the heart of the multigenerational migration fly zone of the monarch butterfly from Canada to Mexico, and I-35W runs north-to-south through the heart of Tarrant County. The monarch butterfly became the Texas state insect by a 1995 resolution of the state legislature.