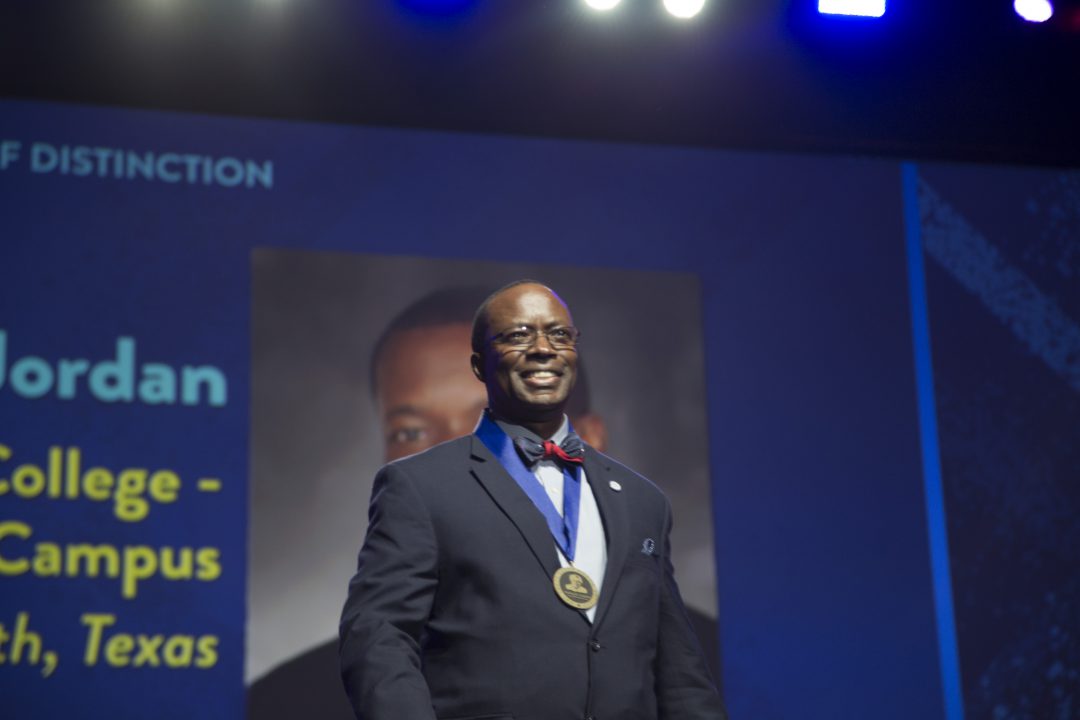 Tarrant County College South President Peter Jordan was one of 35 community college presidents in the nation named a 2018 Shirley B. Gordon Award of Distinction winner by Phi Theta Kappa (PTK). He picked up the award April 20 during PTK’s national convention in Kansas City, Missouri.

This national award honors college presidents who have demonstrated outstanding effort toward promoting the goals of PTK. The award is named in honor of the late Dr. Shirley B. Gordon, longtime chair of the PTK Board of Directors and president emeritus of Highline College in Washington.

“I’m honored to be a recipient of the 2018 Shirley B. Gordon Award of Distinction and I want to thank campus leadership for making our chapter one of the best in the nation,” Jordan said. “This award represents all of the exemplary work being done on our campus to support student success.”

Jordan is one of nine community college presidents in Texas to receive the honor. Texas had the highest total of recipients of this honor among the 35 presidents who received the award.