For Tarrant County College alumnus Stanley Chibueze, a life-threatening illness gave him the vision for his future—and a special group at TCC gave him the support to make that vision a reality.

Chibueze grew up in Nigeria, one of six siblings in a family that emphasized the importance of education even in the midst of poverty. Food was scarce, and he walked up to 20 miles a day for clean water.

“We drank lots of water so we wouldn’t feel hungry,” recalled Chibueze. “The conditions were inconceivably poor.”

Still, Chibueze’s parents found a way to enroll him in boarding school. He was preparing to graduate in 2006 when he developed cerebral malaria, a severe form of the mosquito-borne disease. The infection blocked small blood vessels in Chibueze’s brain, and he fell into a coma. He recovered, but instead of wondering why he had been afflicted, Chibueze became inspired.

“After I survived cerebral malaria, I wanted to know how the brain works,” Chibueze said. “I knew I would study neuroscience and become a doctor.”

Continuing his education would have to wait. After Chibueze’s senior year, he took on a variety of jobs to help put his younger siblings through school. He also was waiting for the opportunity to immigrate to the United States. An uncle who lived in Boston helped Chibueze with the paperwork, and years after beginning the process, he finally received word that he was approved. In 2012, Chibueze arrived in the United States, settling in North Texas near another relative.

Even though he was ready to attend college, Chibueze first had to become financially stable. With his interest in health care, he took a job at a nursing home, where a coworker told him about TCC.

Chibueze enrolled at Northeast Campus in summer 2013. While he was a good student, he was far from home and needed a sense of community. He found that community when he decided to attend a presentation by Men of Color, a program open to all students but specifically designed to assist black and Hispanic males.

“Men of Color connected me with wonderful mentors and folks who had my success in mind,” Chibueze noted. “They did everything in their power to create opportunities for me.”

That’s critically important, said Freddie Sandifer, one of the program’s coordinators. Sandifer noticed the need for additional guidance for male students of color four years ago while he was an advisor at Trinity River Campus.

“We were bringing in black and brown men, but we weren’t retaining them,” Sandifer explained. “I did some research and discovered it wasn’t just a Trinity River Campus problem. It was a problem across the District and across the nation.”

Community colleges are the primary source of higher education for black men and Latinos. A report by the Center for Community College Student Engagement at the University of Texas reveals that while these students have high ambitions when they enroll, they are less likely to reach their goals than female students and those of other ethnicities. Just five percent of black men and Latinos earn a degree or certificate within three years of community college enrollment. For white men, the completion rate is 32 percent.

Sandifer discovered that most of the black and Hispanic men who took classes at Trinity River Campus in the fall didn’t return the following semester. Sandifer brought the numbers to TCC administration, and Chancellor Erma Johnson Handley blessed the creation of a program to enhance success among that population.

“We began in 2011 with 12 students at Trinity River Campus. Last year, we had 300 participants across all five campuses,” Sandifer said. “Men of Color gives our students a sense of belonging. They know that TCC and higher education are for them.”

The group connects students to faculty and staff mentors and provides resources to boost academic achievement. Members also receive leadership training that benefits them in college and beyond. The program has boosted retention rates with 77 percent of fall-semester Men of Color participants returning to the College in the spring. In comparison, black and Hispanic men who aren’t involved in Men of Color have a retention rate of 43 percent.


Men of Color gave Chibueze a network of supporters who made it their mission for him to reach his full potential. Two particularly stand out for Chibueze: Christopher Douglas, who co-founded Men of Color’s mentoring program and now works with faculty in TCC Connect government, geography and math programs and Danchees Ingram, a specialist in Student Financial Aid Services.

“The day I met Mr. Douglas is a very important day in my life,” smiled Chibueze. “He is like a father to me. Men of Color also gave me a mother figure, Ms. Ingram. They are heroes. We met frequently to develop strategies for success, and they pushed me to do things outside my comfort zone.”

With their encouragement, Stanley formed a plan to complete his core curriculum at TCC and transfer to a university. Douglas and Ingram say they encouraged Chibueze, but he took control of his destiny.

“He spent many hours studying. I cannot remember a time that Stanley didn’t have a book or notes with him,” recalled Ingram. “He also stayed connected with his support system. Stanley regularly met with me as well as his instructors and other mentors. He took the advice given to him and followed through.”

“Stanley is gifted with leadership, dedication, intellect and humility,” added Douglas. “He had a lot to offer his peers and the College community, and I worked with him to develop a social and professional network beyond the classroom.”
Men of Color helped Chibueze come into his own, lessening his shyness and making him more confident. He took on leadership roles with Northeast Campus’ Biology Club and Phi Theta Kappa honor society and in 2014, he won a spot in the TCC International Initiatives’ Salzburg Student Scholars Global Citizenship Program. Chibueze attended an intensive weeklong conference in Austria, building a sense of global citizenship and creating international connections.

“That conference ended up changing my life,” Chibueze remarked. “I had to reschedule my flight home, and on my new flight, I met a man whose sons went to Vanderbilt University.”

His seatmate encouraged Chibueze to apply to the competitive Tennessee university. When Chibueze learned that Vanderbilt has a renowned undergraduate neuroscience program, he knew he’d found his next step. He worked with Douglas and Ingram on his admissions and financial aid applications, and when the response from Vanderbilt arrived, it was more than he could have ever imagined. The university accepted Chibueze—and awarded him a full scholarship. He transferred to Vanderbilt in fall 2015.

“I got all I needed to succeed at Vanderbilt from TCC,” said Chibueze. “I made a deliberate effort to take tough classes and challenged myself to be the best I could be. That prepared me for my future academic endeavors.”


After he earns his bachelor’s degree, Chibueze plans to continue on to medical school and become a neurologist. His ultimate aspiration is to go on medical missions in remote areas of the world. (“I want to give people second chances like I had,” he stated.) Chibueze doesn’t expect an easy road but says that’s all part of the process.

“The one thing about challenges is that they never end. The struggles make us stronger. You just have to keep going,” he said.

Ingram says mentoring Chibueze reinforced that notion for her.

“It is important to know that dreams can come true, but it will involve more than simply dreaming them,” she remarked. “Stanley Chibueze is proof that when you believe and are willing work hard, you can reach your objectives.” 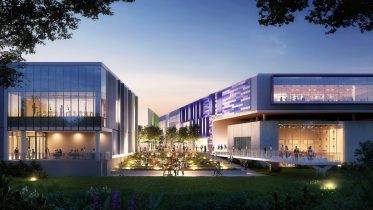 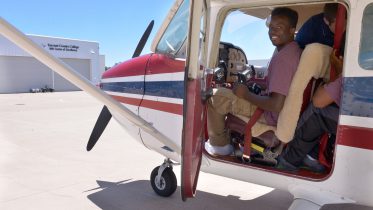 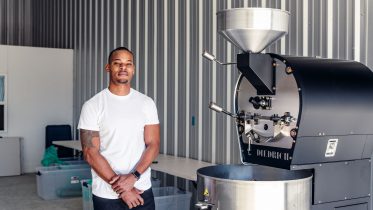